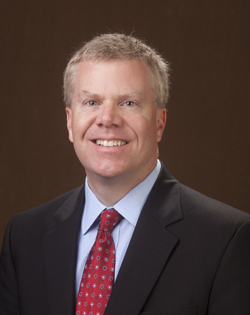 Operating with a fast break mentality from the day he was hired, Todd Stewart's tenure as WKU's Director of Athletics has been marked by consistent success for the Hilltoppers on the field of play, in the classroom, and in the community. In his five-plus years at the helm, 518 student-athletes have obtained their degrees, WKU has captured 33 total conference championships, and the athletic department staff, coaches and players have devoted close to 10,000 hours of community service. Stewart also played an instrumental role in elevating WKU's athletic programs to Conference USA on July 1, 2014.

The depth of WKU's success makes the Hilltoppers one of the nation's most successful all-around athletics programs, as the 33 conference championships during his tenure have been won by 12 different sport programs.  Additionally, WKU has led Conference USA in total championships each of the program's three years in the league, and WKU's 21 league titles since 2014-15 are more than twice as many as any other league member.

This includes consecutive Conference USA championships for football in 2015 and 2016, and the program has posted back to back seasons of more than 10 wins for the first time in the program's 98 year history. In 2016, WKU posted an 11-3 record which included the school's third consecutive bowl win, a 51-31 victory over Memphis in the Boca Raton Bowl. WKU is one of only nine programs in the nation with a bowl win in each of the last three seasons.  WKU also had 20 former players in NFL camps in the spring of 2017.

These accomplishments are even more notable when coupled with WKU's outstanding academic achievements.  The grade point average of all student-athletes in the spring 2017 semester was a 3.10, 65 percent had a semester GPA greater than 3.0, and the current cumulative GPA of all WKU student-athletes is a 3.06.  All of these marks represent the highest totals in the history of WKU Athletics.

The 2015 football program had perhaps the best season in school history. WKU tied the school record for single-season wins (12), became the first school in Conference USA's 20-year history to go undefeated in regular season league play and also win the league's championship game, defeated South Florida in the Miami Beach Bowl for the program's second consecutive bowl victory, and finished the season ranked No. 24 nationally by the Associated Press. WKU Volleyball also finished its season nationally ranked, finishing No. 22 in the final AVCA poll after going 32-4, winning the Conference USA regular season and tournament titles, and sweeping Arizona in the first round of the NCAA Tournament. The men's indoor track team also captured the 2016 Conference USA indoor and outdoor titles, its second consecutive indoor league title.