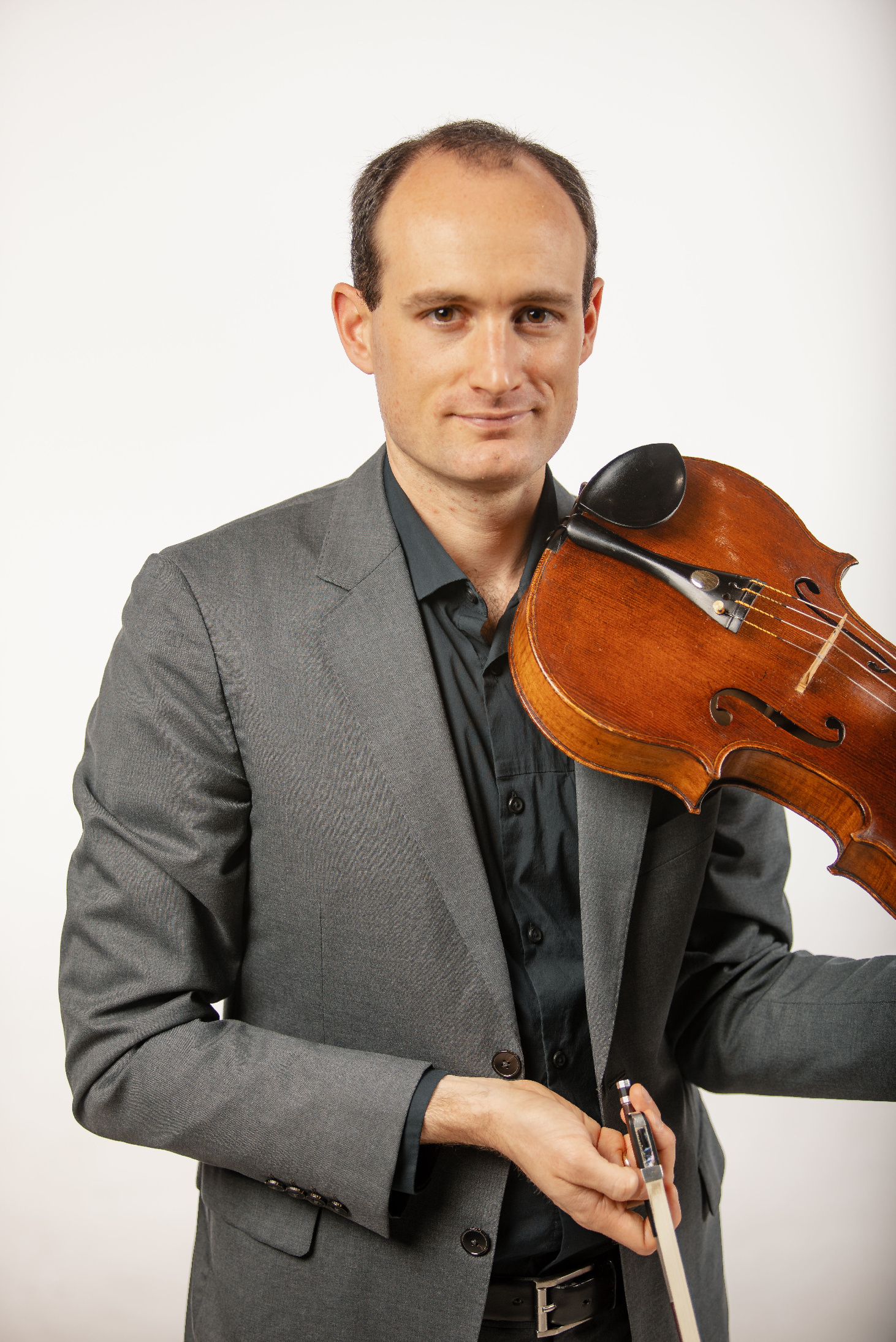 Violist Andrew Braddock’s teaching and performing career has recently taken him to the Sejong Center in Seoul, South Korea, the National Concert Hall in Taipei, Taiwan, and the International Viola Congress in Rotterdam.

A passionate educator, he has given masterclasses at Vanderbilt University, the Chinese Culture University in Taipei, Taiwan, the University of Oklahoma and many others. He is currently on the faculty of Western Kentucky University (WKU) and the WKU Pre-College Strings Program. In the summers, he teaches at the Indiana University Summer String Academy and directs the WKU Summer String Institute, an intensive summer camp for students ages 4 to 18 based around chamber music and orchestral performance. His creative teaching includes his work with the Daraja Music Initiative in Moshi, Tanzania, the Bridging Cultures Through Music project, and various outreach programs in his community.

From 2017 to 2021, Dr. Braddock was the editor of the Journal of the American Viola Society, the most prominent peer-reviewed publication for viola scholarship. With its three issues per year, the journal presents musicological and music theory research relating to the viola, in addition to pedagogical insights and current reviews. Most recently, Dr. Braddock spearheaded an issue devoted to the 40th anniversary of George Rochberg’s viola sonata, examining it from various musicological, historical, and theoretical perspectives. He previously served as the journal’s New Music Editor and on the board of the American Viola Society.

He is the principal violist of the Paducah Symphony Orchestra, and he regularly plays with the Nashville Symphony and the Nashville Opera. He holds degrees from Indiana University, Vanderbilt University, and the University of Kentucky. His principal teachers are Atar Arad, Kathryn Plummer, and John Graham.

Visit his personal website for his recordings, writings, and arrangements for viola: andybraddock.com

Dr. Zachary Ebin is the Director of the Suzuki Program at Vanderbilt University’s Blair School of Music.  Zachary holds a BA and an MA from Brandeis University, an MM from the Boston Conservatory, and a PhD from York University.  Before relocating to Nashville, Dr. Ebin was on the faculty of Etobicoke Suzuki Music in Toronto, where he founded and directed Arco Violini, an advanced precollege string orchestra dedicated to giving back to the community through performances at hospitals, senior residences, and charity events.  Dr. Ebin led Arco Violini in over 40 performances including two television appearances.

In high demand as a guest clinician Zachary has taught and lectured all over North America at conferences, institutes, and workshops.  His research has been published in the American Suzuki Journal and the American String Teacher.  In 2015, Dr. Ebin founded the Silent Voices Project. In the project young composers write chamber music based on poems written by children during the Holocaust.  The Silent Voices Project has given multiple concerts across North America and recently released a recording. Visit http://www.zacharyebin.com for more. 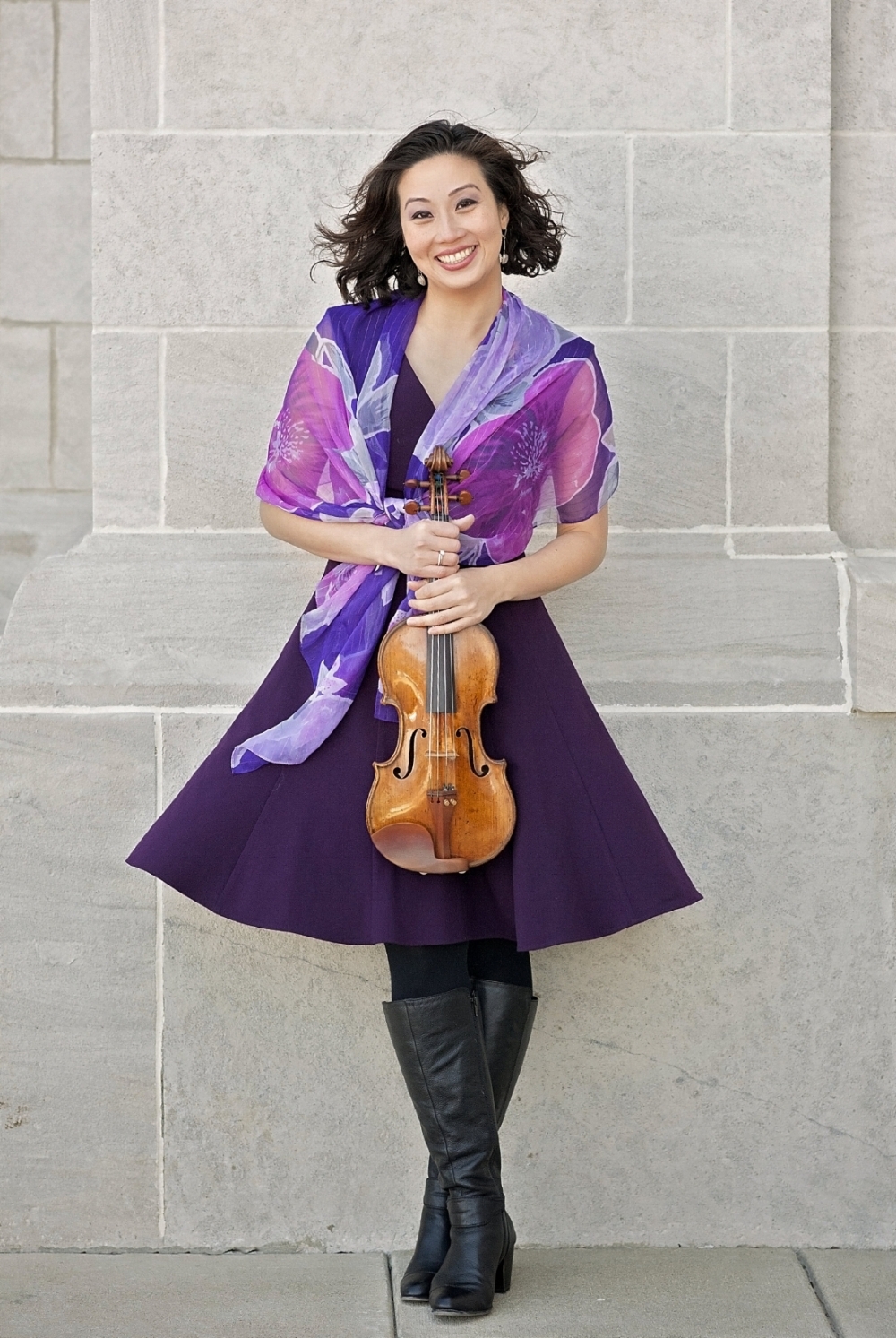 Violinist Ching-Yi Lin’s recent performances and masterclasses have taken her to the Barratt Due Institute of Music in Norway, the Shenyang and Xi’an Conservatories in China, Northwestern University, Vanderbilt University, and the University of British Columbia. She’s also performed in New York on the Museum of Modern Art’s Summer Garden Series, at Sejong Center in South Korea, and in Taiwan at the National Concert Hall in Taipei.

A dedicated and creative teacher, Ching-Yi Lin is Associate Professor at Western Kentucky University and also serves on the faculty at the Indiana University Summer String Academy and the WKU Summer String Institute. Previously, she served on the faculty of the Sommersymfoni i Kristiansand in Norway and Chicago Chamber Music Festival.

In 2013, Ching-Yi was presented with the prestigious Jefferson Award for Public Service in Washington, DC, recognizing her work in bringing music into the lives of young people throughout her community. And in 2017, Ching-Yi received a Sisterhood grant from Western Kentucky University to direct student teachers and volunteers in teaching the violin to refugee children in Bowling Green, KY. In 2020, this program developed into a non-profit organization called Bridging Cultures with Music. The program offers college music majors an opportunity to teach, inspire, and make an impact in a global classroom setting.

Ching-Yi regularly presents at the American String Teachers Association National Conference and is an active clinician and adjudicator. As a board member for the Daraja Music Initiative, a non-profit organization in Moshi, Tanzania, Dr. Lin founded a beginning strings program for students of the Majengo Primary School in 2016. Over 60 string instruments were donated from across the United States for this endeavor. She also currently serves as the Secretary and on the Board of Directors of the Suzuki Association of the Americas. 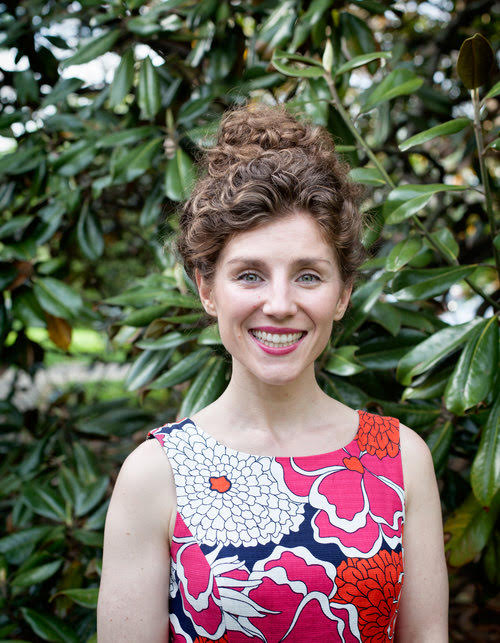 Sara Louise Callaway currently teaches violin and serves as Executive Director of the Louisville Academy of Music, a non-profit music school founded in 1954. Sara loves working with all ages and all levels of musicians and strives to nurture the whole person through the study of the instrument. Her students have been accepted in prestigious music programs such as Eastman School of Music, IU Jacobs School of Music, and the Heifetz International Music Institute. They have won local concerto and young artists competitions and earned section leader positions in school and regional orchestras. Above all, Sara is most proud of their progress, hard work, and growth.

Sara received her Master's in Violin Performance from the University of North Carolina at Greensboro, studying with Fabian Lopez and Marjorie Bagley while completing a Post-Baccalaureate Certificate in Ethnomusicology. She holds a Bachelor of Music Performance from UNC-Chapel Hill where she studied under violinist Richard Luby. She was awarded a Pedagogy Fellowship at the Heifetz Institute, a Teaching Assistantship as a member of the Graduate String Quartet at UNC-G, and was a Summer Intern at Appalshop. Prior to college she studied with Ruth French who later became her mentor, preceding her as Director of the Louisville Academy of Music.