Todd Gillman said the state of journalism and the U.S. has completely changed since he started working at the Dallas Morning News 24 years ago and in Washington 10 years ago.

Technology has dramatically changed. Politics has become much more polarized. Despite this, Gillman said he loves Washington and reporting on the political world. A journalist’s goal is to act as a watchdog, he said, and it is something about which Gillman is passionate.

“This is what we exist for,” he said. “This is why I worry that there is a reduction in the number of watchdogs up there in Washington.”

Gillman spoke to students at Western Kentucky University on Monday night. He told them to get out of journalism while they can, but he also said it’s those who will pursue the career despite his warnings who are the people he wants as the next generation of reporters.


Quotes from the speaker

“We don’t know what we don’t know. And the fewer of me there are in Washington, the more risk, I think, that those sorts of things go unreported.”

“I guarantee you that there are a dozen members of Congress from Texas that no one pays attention to.”

“Everything has changed,” he said. “It’s a brave new world.”


Key points from the article Todd Gillman never intended to be a journalist as he was growing up. It wasn't until he was on his high school paper that the spark had been lit in his mind. "It actually sounds really petty," Gillman said. "But my high school newspaper advisor passed me over for my friend Craig as editor-in-chief of our high school newspaper. I felt like I had to show her."

From there, Gillman attended John Hopkins University for international studies and obtained a master's degree in public policy from Harvard University. During his time at school, he interned at publications such as The Washington Post and The Associated Press.

After graduation, Gillman worked as an intern at The Dallas Morning News before becoming an employee in 1989. Since 2003, he has been working for the publication in Washington D.C. He worked his way to becoming the Washington bureau chief in 2009.

Gillman will be presenting the ninth annual Gaines Lecture at 7 p.m. tonight in Mass Media and Technology Hall Auditorium on the topic, "Beltway Blues: Covering Congress and the White House for a regional news outlet.

There are no downloads for this article.
.

When it comes to journalism, Todd Gillman’s thoughts are similar to his thoughts on Washington and politics - he both loves it and hates it.

Gillman, the Washington Bureau Chief for the Dallas Morning News, began his lecture titled “Beltway Blues: Covering Congress and the White house for a regional news outlet,” as part of the John B. Gaines Family Lecture Series at Western Kentucky University with a warning to the auditorium of aspiring journalists: get out while you still can.

If you pursue a career in journalism, you will be underpaid and overworked, he said. It’s the students who still have the desire to pursue the news despite hearing his warning that Gillman said he wants to be the next generation of journalists. 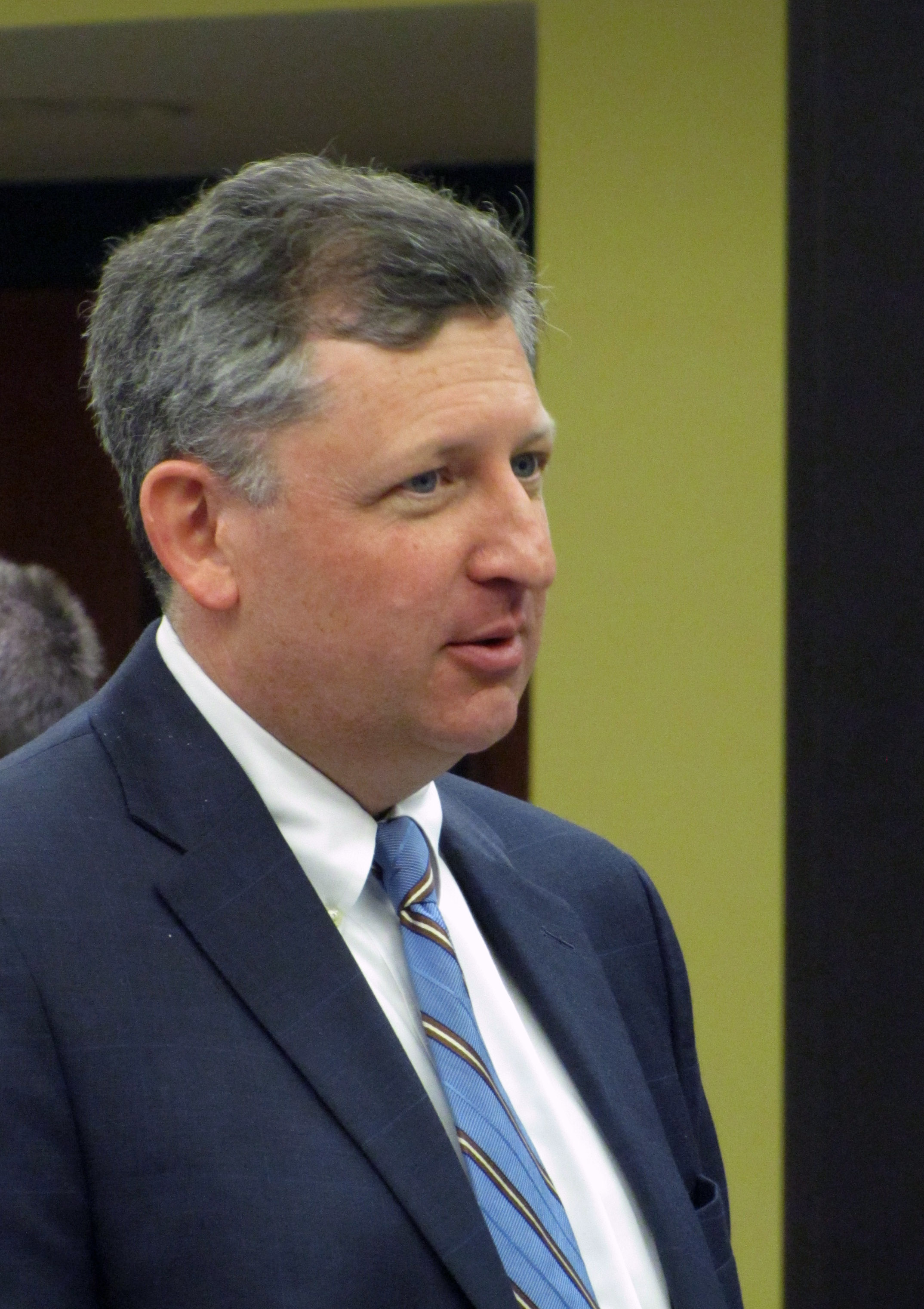 “I feel obliged to deter as many people from going into this business as possible, because I also understand that those of you who have a burning desire to do it are going to do it — even though you just heard me say don’t do it,” Gillman said. “And those are the kind of people we want in journalism.”

Despite journalism consuming his life, Gillman said he doesn’t regret his path for a minute.

Gillman told the story of his long career as a reporter for the Dallas Morning News, where he started as an intern more than 24 years ago in 1989. Ten years ago, Gillman moved to Washington, D.C., to cover politics.

This was disturbing news for Gillman. The fewer number of regional reporters, the fewer watchdogs in Washington, the more local stories that go unreported, he said.

Gillman cited several stories of abuse of political power that made a difference, ranging from a San Diego Union-Tribune story that revealed he was taking money from the defense department which resulted in the politician going to jail. A year later, Gillman said, the Washington bureau of the San Diego Union-Tribune was closed down.

“This is what we exist for,” he said. “This is why I worry that there is a reduction in the number of watchdogs up there in Washington.”

Reporting on the president has changed over the years as well. Gillman recounted the time when reporters, including himself, weren’t allowed to travel along with President Obama on the campaign trail.

Reporters from regional newspapers were there for every one of former President George W. Bush’s trips, Gillman said.

Gillman also said technology has played an irreversible role in reporting. The prevalence of email and smartphones has changed the way reporters interact with sources by taking out face-to-face contact. 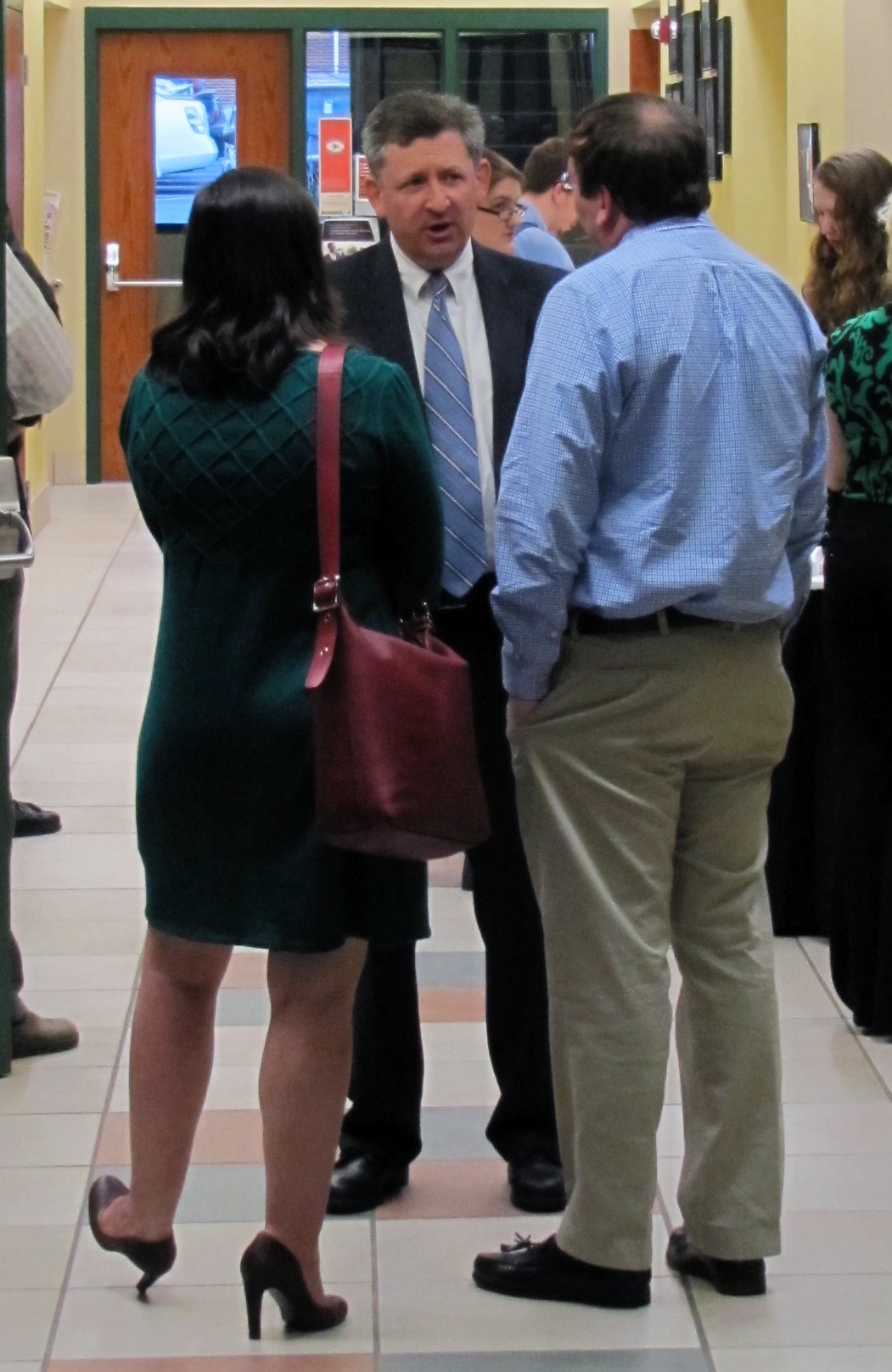 Rather than physically talking to source or calling them on the phone, he said reporters simply text or email their sources. It’s a trend Gillman views negatively, as good stories come from building real relationships with sources.

“Everything has changed,” he said. “It’s a brave new world.”

After highlighting both his love and hate for journalism, he moved on to his discussion of Washington. In some ways, Gillman said it’s a dream world; where everybody knows and understands he is a journalist, a place where the majority of kids have met the President and been to the White House.

It’s also a highly dysfunctional place, Gillman said. Divides over gun control and immigration highlight the clashing ideals of both the Democratic and Republican parties, as polarization is at an all time high, said Gillman.

Part of the blame lies with the House of Representatives, as most of the seats are “safe” in that the chance of that seat changing parties is incredibly slim, because of redistricting.

“I have seen the change in 10 years...it is as bad as it’s ever been,” Gillman said. “The polarization is so entrenched, it’s so ingrained. It’s institutionalized.”

Gillman said it’s because of President Obama’s inability to unite the parties to his agenda or his power to remove opposition that has made him an unsuccessful president so far.

Through it all, Gillman said he can’t help but love the often chaotic and toxic Washington.