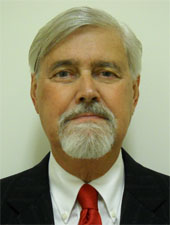 Larry G. Lofits graduated from Western Kentucky University on 31 May 1968 with a degree in Psychology whereupon he was commissioned in the Regular Army as a Second Lieutenant Infantry, through the Reserve Officers’ Training Corps. During his time as a Cadet he was an active participant in the Pershing Rifles, serving as a member of the Color guard, the IDR and Exhibition Drill Teams, Pledge master and Commander of the Rebelettes. He also was a member of Scabbard and Blade, the National Military Honor Society. Larry earned his Cadet Pilot’s wings at Western, which he later turned into a multi-engine private pilot’s license. His ability and talent as a leader surfaced early in the ROTC program as he assumed various leadership positions in the Cadet Brigade culminating as Cadet Battalion Commander.

He was initially stationed at Fort Hood, Texas with the 1st Battalion, 41st Infantry Regiment while awaiting the beginning of his Infantry Officers’ Basic Course and Ranger School courses, where he earned certification as an Infantry Platoon Leader and the coveted Ranger Tab. In July 1969 he reported to the 25th Infantry Division in the Republic of Vietnam, where he served as an Infantry unit commander with the famed 2d Battalion, 12th Infantry Regiment. He later served as Assistant S-3 with 1st Battalion, 5th Infantry Regiment, the “Bobcats”. He earned the Bronze Star with “V” Device and 1 Oak Leaf Cluster, Army Commendation Medal and the Combat Infantryman’s Badge while in theater. He was promoted to Captain in June 1970 and in July of the same year he returned to the United States reporting to the 1st Training Brigade at Fort Campbell, Kentucky. Larry served as a Basic Training Company Commander until November 1971, when he resigned his commission to pursue a career in law enforcement.

In November 1971 he became a Special Agent with the United States Secret Service. During his nearly 23 years with the Secret Service he was posted in Nashville, Tennessee; New York, New York; Washington, D.C.; and Memphis, Tennessee. After proving his mettle as a Special Agent in the field, Larry was selected to serve in the Vice Presidential Protective Division for Vice Presidents Rockefeller and Mondale. In that position he traveled the world over protecting the Vice Presidents. During his time in the field he was also often called upon to augment other protective details for Presidents, Heads of State, Presidential Candidates and other high level dignitaries.

He and Carol, his bride of thirty-two years currently enjoy retired life in Franklin, Tennessee. They have two children, Matthew and Catherine.