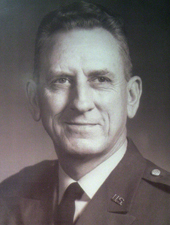 Engineer of the United States ArmyEurope and Seventh Army