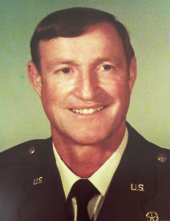 Awarded pilot wings at Bryan Air Force Base, Texas, May 1953

1963 – among first group to establish an F-4 combat trainingcenter at MacDill Air Force Base, Florida

Shot down Dec 17, 1967, while flying his 108th mission overNorth Vietnam; taken prisoner near Hanoi where hewas held captive for more than five years