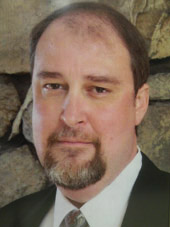 In October 1983, on the island of Grenada, 1LT Eskridge, serving as a Platoon Leader with 2/75th Rangers, participated in the first Airborne invasion since World War II. Under intense enemy fire, the Rangers conducted an Airborne airfield seizure of the Cuban held Point Salinas airport. The Rangers spearheaded the invasion by securing the airfield for follow on forces, the famed 82nd Abn Div. His unit also conducted combat operations to secure the St. George Univ. School of Medicine to rescue numerous U.S. citizens. The last mission to be accomplished was the Raid on Calivigny Barracks, an enemy compounded on a peninsula several miles from the airport. A hasty helicopter assault was planned with the 82nd Abn Div Combat AV Battalion. Bill and his platoon were in the first wave of aircraft to assault the compound. The Blackhawk helicopter Bill rode in was taking fire and during the off loading of the aircraft was crashed onto by another Blackhawk helicopter. When the dust and debris had cleared, Bill’s right leg had been cut off above the knee by one of the crashing helicopter rotor blades and he was also shot in his other leg. Bill was evacuated by helicopter to a Navy ship off the coast of Grenada. Bill Eskridge’s direct involvement in the planning and execution of operation Urgent Fury contributed directly to the success of sensitive special operations missions on the island of Grenada.