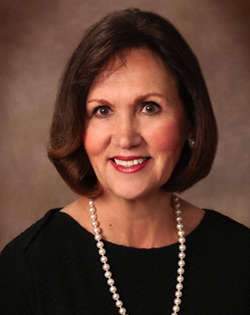 Doris C. Thomas received a Bachelor of Arts degree in Speech Communication and a Master of Arts Degree in Corporate Communication from WKU.  Ms. Thomas is a Fellow in the American College of Healthcare Executives.

Ms. Thomas received the Athena Award (Businesswoman of the Year) in 1990, Woman of Achievement Award in 1999, Distinguished Woman of the Year in 2009, and WKU Communication Alumna of the year in 2001. She was inducted into the Warren County Public Schools Hall of Distinguished Alumni in 2016. She recently received recognition as the “Hometown Hero” for her years of community service.

Ms. Thomas recently retired after 35+ years of service with Med Center Health in Bowling Green, KY. She was Vice-President of Development and Community Outreach for the six hospital healthcare system and related entities in Southcentral Kentucky.