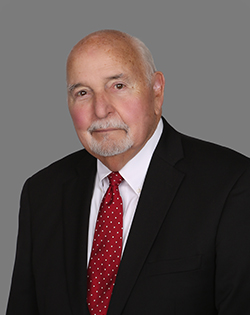 W. Currie Milliken, a native of Auburn, Kentucky, is a graduate of Auburn High School, Lindsey Wilson College, and Western Kentucky University.  He received a Juris Doctorate from University of Kentucky.  Since 1964, he has continuously been engaged in the general practice of law, first at Millken and Milliken, and then at Milliken Law Firm, which he founded.  He is admitted to practice before the state and federal courts, including the Supreme Court of the United States.  Currie has served as an officer and board member of numerous local and state organizations, including the Public Advocacy Commission of Kentucky and HOTEL INC.  He and his wife Judy, a 1977 graduate of WKU, live in Bowling Green.  They have three sons and seven granddaughters.  His term ends in June, 2025.