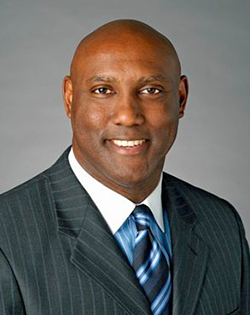 George Nichols III is the president and chief executive officer of The American College of Financial Services beginning November 1, 2018. Mr. Nichols joins the College after a 17-year career with New York Life, most recently serving as executive vice president in charge of the Office of Governmental Affairs, which encompasses all state, federal and international legislative, regulatory and public policy issues at the company.  Prior to joining New York Life, Mr. Nichols was the commissioner of the Kentucky Department of Insurance, where he regulated the state’s $10 billion insurance industry and was recognized for his expertise in health insurance reform and financial services integration. Before that, he was the executive director of the Kentucky Health Policy Board, vice president of marketing for Medical Management Resources (MMR), executive director of product development for Blue Cross and Blue Shield of Kentucky, executive officer of Central State Hospital in Louisville, and executive assistant to the commissioner of the Kentucky Department for Mental Health/Mental Retardation Services.  Mr. Nichols has been named twice to the list of “Most Influential Blacks in Corporate America,” by Savoy, the leading African-American business and lifestyle magazine, and was the first African-American president of the National Association of Insurance Commissioners (1999).  Mr. Nichols received an M.A. degree from the University of Louisville, a B.A. degree from Western Kentucky University, and an A.A. degree from Alice Lloyd College. He and his wife, Cynthia Jean, currently live in Haverford, Pennsylvania and have three adult children: Courtney, Jessica and George IV. His term on the Board ends June, 2023.