History of the Psychological Sciences Department

The Early Years from First Courses in 1907 to Today

Psychology at Western Kentucky University had a quite auspicious beginning. The first courses were taught in 1907 by Dr. Andrew J. Kinnaman who received his Ph.D. in experimental psychology in 1902 from Clark University. The president of Clark at that time was Psychologist G. Stanley Hall, instrumental in the founding of the American Psychological Association, and APA's first president. Hall also founded the American Journal of Psychology, the journal in which Kinnaman published his dissertation [1]. From 1880 to 1920, Clark was one of the top three institutions in the U.S. for the study of psychology [2].

Billings began laying the groundwork for Psychology to become an independent department in 1929 and the Department was officially formed in 1931, with Billings as head [3]. By this time, psychology at WKU had grown from an initial enrollment of 50 students in Kinnaman's 1907 classes to an enrollment of 1,038 in 1931 [3]. The curriculum comprised 11 courses, not counting Comparative Psychology, Psychology of Music, Psychology of Language and Speech, History of Psychology, Vocational Psychology, and Modern Psychologies, any of which could be offered given sufficient demand [4]. In addition to Billings, the Department had one other full-time instructor, Dr. Milton B. Jensen, who obtained his Ph.D. from Stanford University, and one part-time instructor.

True to WKUs origins as a teacher training school, the first psychology classes under Kinnaman were offered as part of the one-year and four-year courses of study leading to teacher certification. The psychology course for the one-year program was simply listed as Psychology; two terms of Advanced Psychology were required in the four-year program [5].  During the period from 1907 through 1930, some psychology classes were probably taught by education faculty as Kinnaman was the only psychology faculty member through 1925, and Billings was the only psychology faculty member from 1926 to 1931. Also, Kinnaman served as dean (a position somewhat comparable to academic vice-president or provost in today's academic environment) from 1907 to 1922 when he stepped down to be head of the "Department" of Psychology. Even in 1931, psychology courses were primarily intended to provide a foundation in "laws of human behavior" for future teachers, school administrators, and superintendents [4].

In Summer 2019, the Department of Psychological Sciences moved from their original location, Gary Ransdell Hall, to a renovated building in the Ogden College Science Complex, Kelly Thompson Hall.

For more historical pictures from our department, please see our photo gallery: https://www.wku.edu/psychological-sciences/hgallery.php 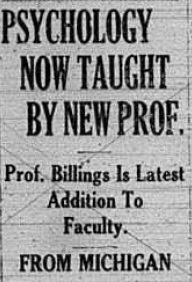 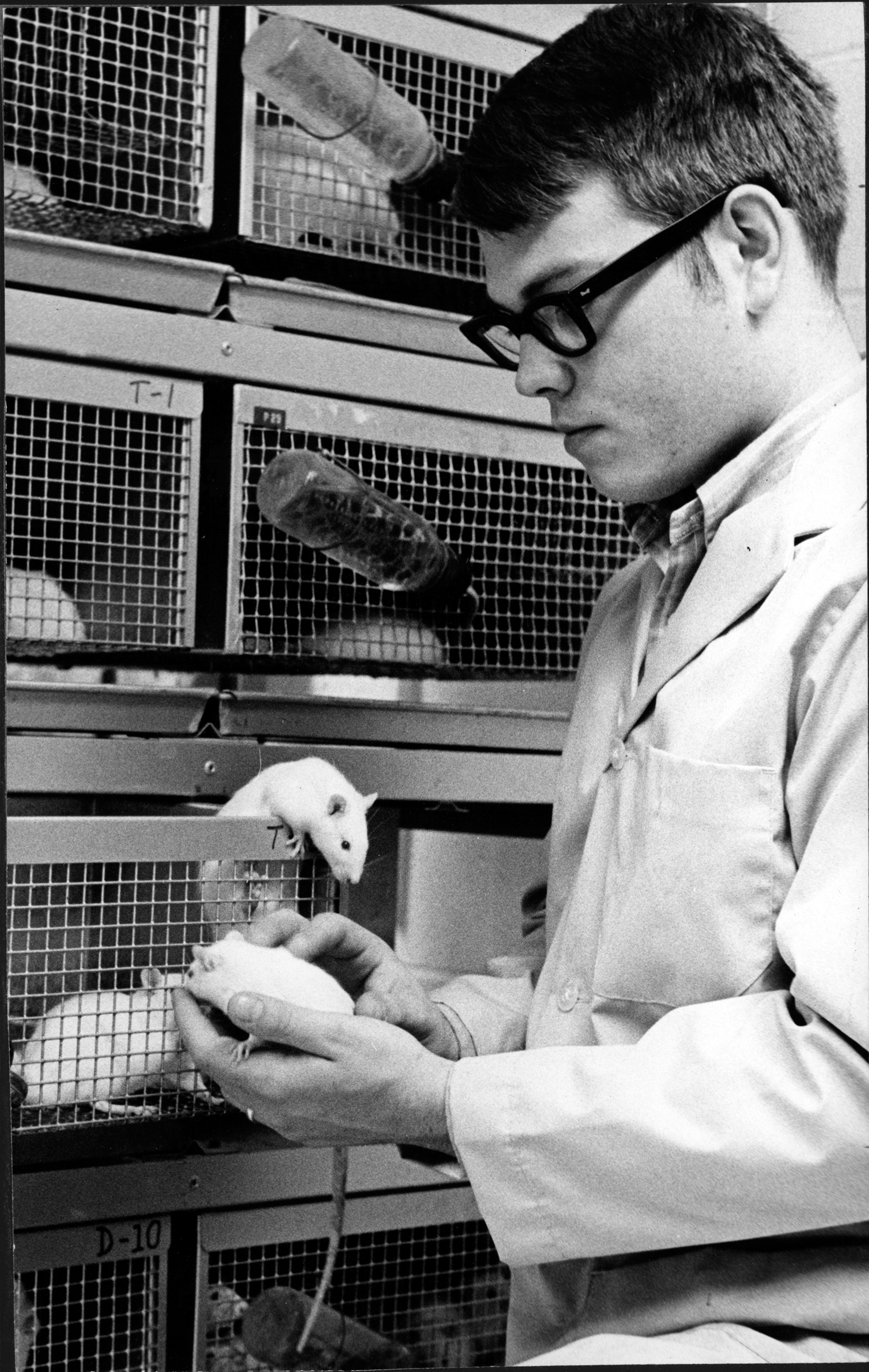 Picture of a Research Assistant taking care of lab rats in a lab at WKU (WKU Archives Collection, 7).