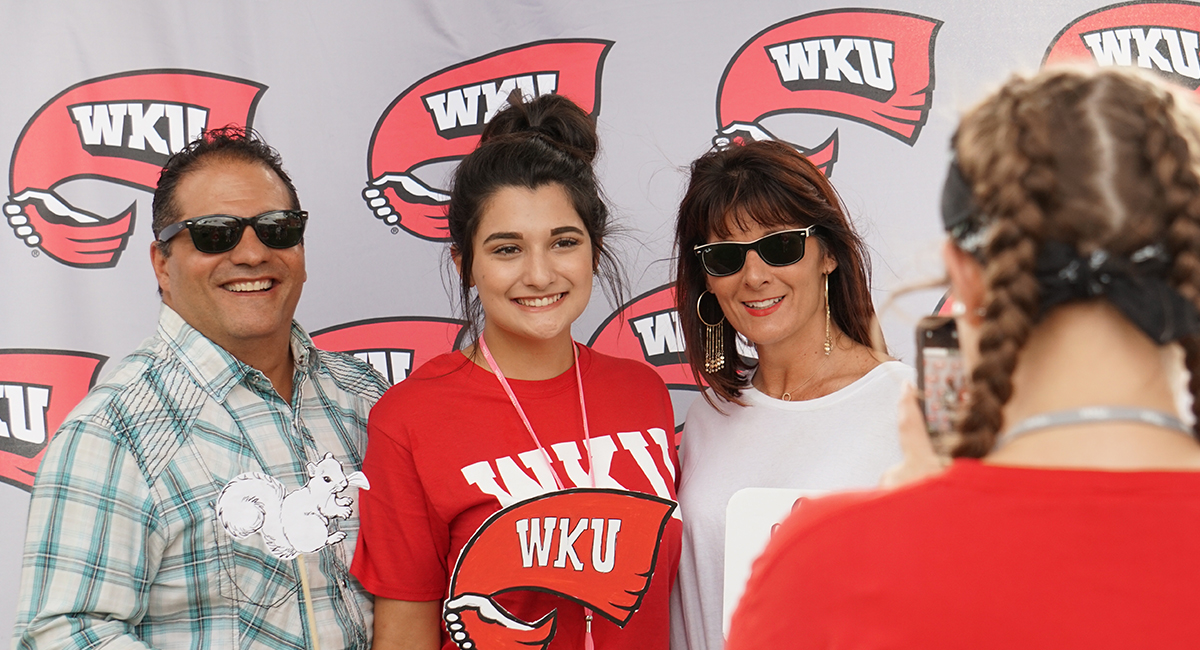 Give to the Parents Fund

The Parents Association is governed by the Parents Advisory Council that meets three times per academic year.  During meetings, Council members hear reports from essential staff, interact with University administrators in attendance, and advocate needs and concerns of other WKU parents and family members.

The Parents Advisory Council initiated a Parents Association Endowment, known as the Parents Fund, with the goal of accumulating $100,000 in gifts to strengthen the Family of the Year award that began in 2007.  The Family of the Year award recognizes the family of a current WKU student, selected based on the student's essay submission.  Currently, the award winner receives a $500 scholarship.  With a fully endowed fund of $100,000 the scholarship award will grow to nearly $5,000 annually.

Gifts to the Parents Fund help the Parents Association enrich the lives of WKU students for years to come.

Make a Gift to the Parents Fund