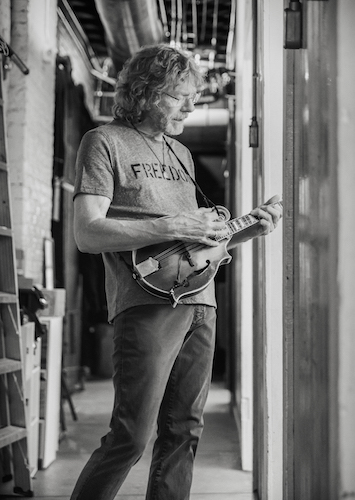 The Kentucky Folklife Program, housed in the Department of Folk Studies and Anthropology at Western Kentucky University, has received funding from the National Endowment for the Arts to support a traveling exhibit and associated programming centered on the musical heritage and culture of Southcentral Kentucky.

Since 1989, the mission of the Kentucky Folklife Program has been to document, present, and conserve the traditional arts and cultural heritage of the Commonwealth. The project will showcase and contextualize the region’s rich musical landscape, from important historical and contemporary genres and key musicians to the venues and community groups that have fostered the music scene.  This exhibit, which will be hosted at various public venues around Southcentral Kentucky, will encourage visitors of all ages to reflect on the region’s unique musical identity and how musical traditions are intertwined with a deep sense of place.

Music is intricately tied to Kentucky identity, though many may think of the music of Eastern Kentucky and Appalachia first. Southcentral Kentucky, however, has an equally rich musical legacy in its own right, which owes its strength to the landscape, location, and long history of diversity in the region, as well as the traffic of talent and opportunity between neighboring Nashville one hour away.

The exhibit will examine genres of music as part of a larger, continuing tradition of musical innovation in the region that gives rise to diversity of musical styles, including those more recognizably traditional: gospel, blues, ragtime, bluegrass, and thumb picking, to emerging genres in the region: singer/songwriters, hip hop, alternative music, and newcomer music.

Naming just a few of the big stars of the region, Bowling Green alone has served as home to Ernest Hogan (“the Father of Ragtime”), The Hilltoppers, Sam Bush (the Father of “Newgrass”; pictured above), 90s hip hop group Nappy Roots, and recent popular groups such as Cage the Elephant.

“In my mind, and to my ears, music is one of the most powerful and unifying cultural expressions that connect us in multiple ways,” said Kentucky Folklife Program and Kentucky Museum Director Brent Bjorkman. “This region of Kentucky has historically consisted of a variety of diverse musical forms, and the aim of the KFP’s research as well as the research of Folk Studies Graduate Students, culminating in a traveling exhibit and accompanying concert series, will be to share and celebrate with the public this rich array of musical styles and of course to bring to light the stories of the talented musicians who have called, and in many cases continue to call, Southcentral Kentucky their home. ”

The Department of Folk Studies and Anthropology is very proud to congratulate Dr. Tim Frandy, assistant professor of folk studies, for his selection as recipient of the 2021 Potter College Faculty Award for Excellence in Research and Creative Activity!