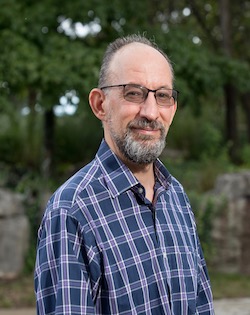 I am a scholar of American popular culture history, particularly its connections to rural America and Appalachia. My first book Hillbilly: A Cultural History of an American Icon (Oxford University Press, 2004) won the 2005 Susanne M. Glasscock Book Prize for Interdisciplinary Humanities Scholarship from Texas A&M University. Hillbilly draws on a wide array of popular culture genres that featured hillbilly images including literature, country music, comic strips and cartoons, films, television shows, local festivals and even the Internet to examine the evolution of one of the most pervasive and enduring icons of twentieth century American popular culture. Although often overlooked or dismissed as a base image of mass entertainment, the hillbilly, I contend, has served as a continually negotiated mythic space through which modern Americans have attempted to define themselves and their national identity and to reconcile the past and the present.

My most recent publication is Appalachian Reckoning: A Region Responds to Hillbilly Elegy (West Virginia University Press, 2019) which I co-edited with Meredith McCarroll. The book is a retort, at turns rigorous, critical, angry, and hopeful, to the long shadow Hillbilly Elegy has cast over the region and its imagining. But it also moves well beyond Vance’s book to allow Appalachians from varied backgrounds to tell their own diverse and complex stories through an imaginative blend of scholarship, prose, poetry, and photography. Complicating simplistic visions that associate the region almost exclusively with death and decay, Appalachian Reckoning makes clear Appalachia’s intellectual vitality, spiritual richness, and progressive possibilities. The book has been reviewed and featured in the New York Times, the Lexington Herald-Leader and The Bitter Southerner among other publications.

I have also published related articles on the hillbilly image in Studies in American Humor, Appalachian Journal, The Journal of Appalachian Studies, was the co-editor of the Media section of the Encyclopedia of Appalachia (Univ. of Tennessee Press, 2006) and have served as a historical consultant on numerous film documentaries including Hillbilly (2018) and The Feud (PBS, American Experience, 2019) My article “Colonels, Hillbillies and Fightin’: Twentieth-century Kentucky in the National Imagination” appeared in the Register of the Kentucky Historical Society in 2015.

In the last few years, I have published other articles on connections between rural and urban America.  These explore the origins, development and potential consequences of envisioning the great center of the nation as "the middle of nowhere" from the perspectives of both coastal commentators and self-defined "Flyover People." In particular, I investigate the impact of central transportation and communication developments (especially transcontinental passenger air travel, the interstate highway system, and television) on the changing ways Americans envisioned the cultural and geographic boundaries and intersections of the nation.

Finally, my article on the influential career of Julian Goodman, who was born in Glasgow, Kentucky, attended WKU and went on to be president of NBC from 1966 to 1978 will be published by the Register of the Kentucky Historical Society in spring 2020. Goodman was a central figure in the rise of television news and a staunch defender of press freedoms in the face of Nixon administration pressures.

Links to all these articles are available on TopScholar.

I teach the second half of the World History survey, both halves of the U.S History survey, the U.S. since 1945, History of U.S. Popular Culture since the Civil War, and graduate seminars on these topics as well as one on 20th century U.S. social and cultural history. In addition, I team-teach the American studies survey each year exploring themes such as justice, dissent, utopias/dystopias, and the American Dream.

I serve as the History Department’s chair of public outreach and as the WKU Fulbright faculty liaison. I also am a coeditor of the journal Soundings: An Interdisciplinary Journal.