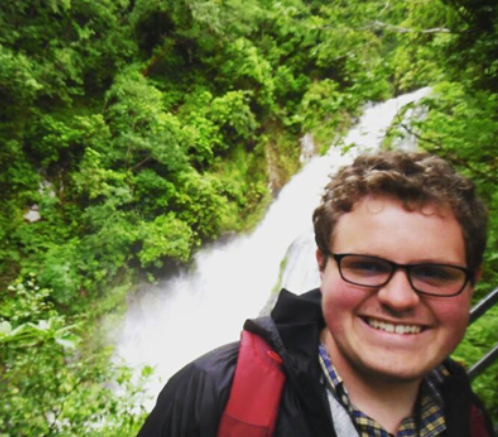 In recent years there has been a shift in higher education away from liberal arts education.

Most of this shift appears to be reactionary in nature. Public officials often say how the students of today have to become more specialized in the sciences and other industries if we wish to competitive in a global marketplace, and focusing on liberal arts won’t land us on that competitive field.

“Every month, it seems, we hear about our children’s bad test scores in math and science — and about new initiatives from companies, universities or foundations to expand STEM courses (science, technology, engineering and math) and deemphasize the humanities,” Fareed Zakaria, author of “In Defense of a Liberal Education,” writes in The Washington Post.

But gutting liberal arts education is detrimental in a number of ways.

First, the problem with having to make a case for the liberal arts is that no one should have to do so. Making a case places it in competition with STEM fields, which it doesn’t need to be. There can, is and should be the coexistence of liberal arts and the sciences.

Too often a dichotomy emerges in which it is assumed liberal arts education is not necessary or needed in a contemporary workplace, or liberal arts could never work in conjunction with its scientific counterpart.

The concept of liberal arts education is nothing new. First emerging in classical times, having Greek and Roman roots, liberal education was based on grammar, dialectic and rhetoric—known as the Trivium or “three-fold way,” according to Biola University.

Even historically speaking there was a connection between liberal education and the sciences. The Trivium is coupled with the Quadrivium or “four-fold way”—arithmetic, music, geometry and astronomy.

So if it worked for the Greeks and Romans what’s changed? Apart from an increasing push on a federal and state level to deemphasize and villainize liberal arts as the bane of a university’s economic struggles, nothing.

A liberal arts education continues to provide a wide variety of practical and intellectual skills which are beneficial to students of all disciplines.

Former president of Berea College, Larry Shinn, lays out some of those skills in a 2014 article in Trusteeship magazine:

¨ Analytical thinking and communicating well in written and oral modes.

¨ Working independently and in team settings.

¨ Applying knowledge and skills in complex problem-solving in an ever more complex and  rapidly changing world.

If you ignore the inherent benefits these skills give you from a humanities perspective then perhaps you can place it in the context of professional skills.

A 2013 survey conducted by the Association of American Colleges & Universities, found 93 percent of respondents sought a “a demonstrated capacity to think critically, communicate clearly, and solve complex problems is more important than [a candidate’s] undergraduate major.”

And more than 75 percent of respondents wanted potential employees to have emphasis on five key areas including: “critical thinking, complex problem-solving, written and oral communication, and applied knowledge in real-world settings.”

Examining the reasons for the shift away from liberal arts is multi-layered in nature, but I want to focus on a specific part. The shift, in part, has to do with how public sentiment has taken to the term “liberal arts,” not necessarily the content of the education, but the term itself. A recent op-ed in Gallup by Brandon Busteed, Executive Director of Education and Workforce Development at Gallup, claims putting “liberal and arts together is a branding disaster.”

“It's time to disconnect the strong value undergirding the liberal arts from the weak words that define them,” he says.

Busteed goes on to argue that the words “liberal” and “arts” fail to resonate in the minds of many Americans and in order to defend the benefits offered by such education we either have to describe “their attributes and arguably essential -- and practical -- benefits,” give it a new name or no name at all.

So let’s brainstorm some new names: “you’ll need this if you’re not a robot” education, “skills taught are applicable to every job imaginable” education, “no, it’s not all fine arts and opera” education, “you can actually get a job with this easier than you would think” education and the possibilities are endless.

Having to place the benefits of a liberal arts education in the context of job potential and economic benefits is nauseating, no one should have to. Areas such as history, arts, communication, political science and gender studies deserve a place at the table without having to be thought of in terms of a salary.

Besides, even if people aren’t clamoring to hire the interpretive dance majors, employers are clearly hiring not based on a major but based on skills; skills overwhelmingly developed as part of a liberal arts education.

A liberal arts education is not only becoming the way for the future, but it has been the way and can continue to be so.

No Headlines for this category