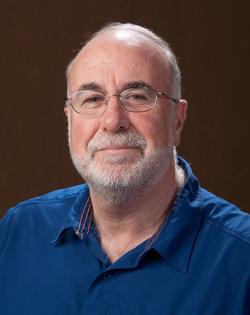 Dr. Terry L. Wilson is the Director of the Center for Environmental Education and Sustainability at Western Kentucky University, which is a program designed to encourage the collaboration of educators, scientists, and the general public.  Terry has spent most of his career specializing in teacher and leadership training in the area of environmental education. Besides working with thousands of teachers in Kentucky and much of the U.S., he has also conducted extensive international training in environmental education for educators and natural resource managers throughout North American, Asia, and Russia.

Born and raised in Ohio, Terry became a teacher and director of the Outdoor Education Program for the Madison Local Schools (Mansfield).  This marked the beginning of a career developing and implementing science and environmental education programs which has now spanned 40 years.

While in graduate school at The Ohio State University, he served as a research associate for the ERIC Clearinghouse for Science, Mathematics, and Environmental Education.

He has served on the board of directors for numerous state, national, and international organizations involved in promoting science and environmental education, including three terms on the board of the North American Association for Environmental Education (NAAEE).  He served as President of NAAEE during 2002.  In 2006, he was the recipient of the Walter Jeske Award, which is the field of environmental education’s highest honor, given each year by NAAEE.

(For more information on the field of environmental education’s highest award, the Walter Jeske Award, go to http://www.wku.edu/news/releases06/october/wilson.html)