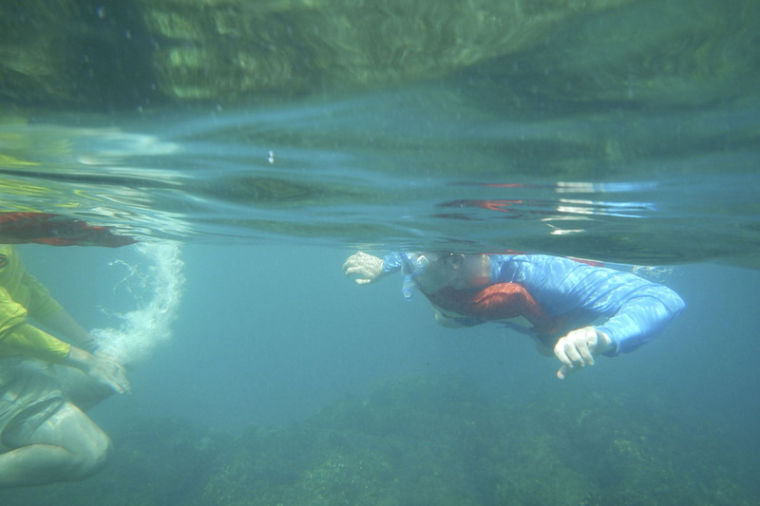 Students Aaron Brzowski (left), 17, of Bardstown, and John Andrew Cliburn, 17, of Cloverport, snorkel near the island Isla del Caño, roughly 10 miles off the coast of Costa Rica in the Pacific Ocean. 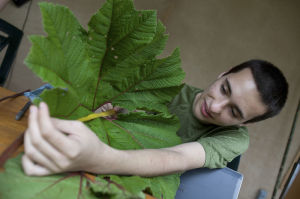 Connor VanMeter, 17, of Lexington, measures the leaf of a gunnera plant at Cloudbridge. 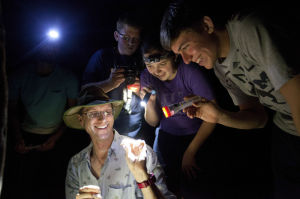 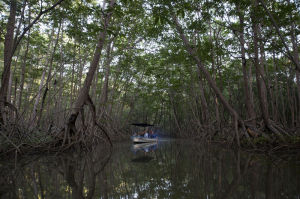 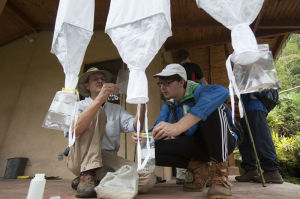 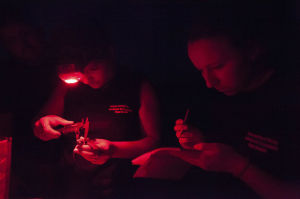 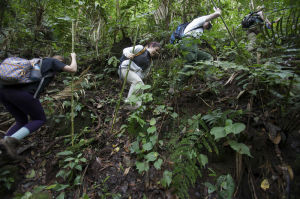 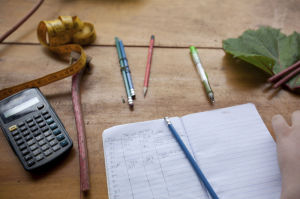 View all 8 images in gallery.

Justin Bunch of Elizabethtown, who is taking classes at the Carol Martin Gatton Academy of Mathematics and Science at Western Kentucky University, recently went snorkeling in 30 feet of water at Isla del Cano in Costa Rica.

As he floated with a vest looking into the water, he checked out sea turtles and stingrays.

Bunch, a junior at the academy, used to have fears of heights, swimming and fish before Costa Rica, he said.

“It definitely helped me grow as a person,” he said. “Your fears don’t stop you.”

He even touched a live fish.

“It was all really amazing,” Herricks said.

She particularly liked seeing the howler and squirrel monkeys when the group hiked the Corcovado National Park.

“There were tons of lizards, and swarms of hermit crabs,” she said.

Hannah Weber, a Gatton senior from Alexandria in northern Kentucky, studies the mechanisms of the brain at the academy, and the really cool thing she experienced during the Costa Rica trip was counting the eggs laid by a leatherback turtle on the sand near the Goldring-Gund Marine Biology Field Station after it emerged from the Pacific Ocean. Weber and others walked eight miles for five hours along the beach using red-tinted lights for slight illumination.

“We got a turtle on the third sweep of the beach,” she said. “It looked like a big rock when it came out of the ocean.”

A strangler fig tree wrapped midway around the trunk of an elm tree is a memory Erin Burba, a Gatton junior from Paducah, takes away from the trip. She enjoyed checking out the different plant species.

Connor VanMeter, a senior from Lexington, tracked down a white pineapple at a huge market at San Isidiro, while Julia Gensheimer, a junior from Bowling Green, worked on field research about dung beetles at the Cloudbridge Nature Reserve.

Gensheimer has been conducting cancer research at WKU and wants to be a medical researcher some day. To catch the beetles, which are a barometer of a healthy ecosystem, the group hiked nine hours up and back Mount Chirripo in the Chirripo National Park.

“The sense of adventure is what I took from the trip,” said Corbin Allender, a Bardstown senior. “I saw three turtles in 15 hours of walking.”

He also saw something that had the professionals at the Cloudbridge buzzing, a two-toed sloth just a couple feet above the hikers’ heads in a tree. Allender said the sloth initially looked like a clump of moss until he honed in his glance. Usually, he said, the professional naturalists see the sloths, too, but they are about 40 feet up a tree

Western Kentucky University Libraries has selected 10 faculty as recipients for the 2020 Affordable Textbook Initiative, sponsored by the WKU Sisterhood.