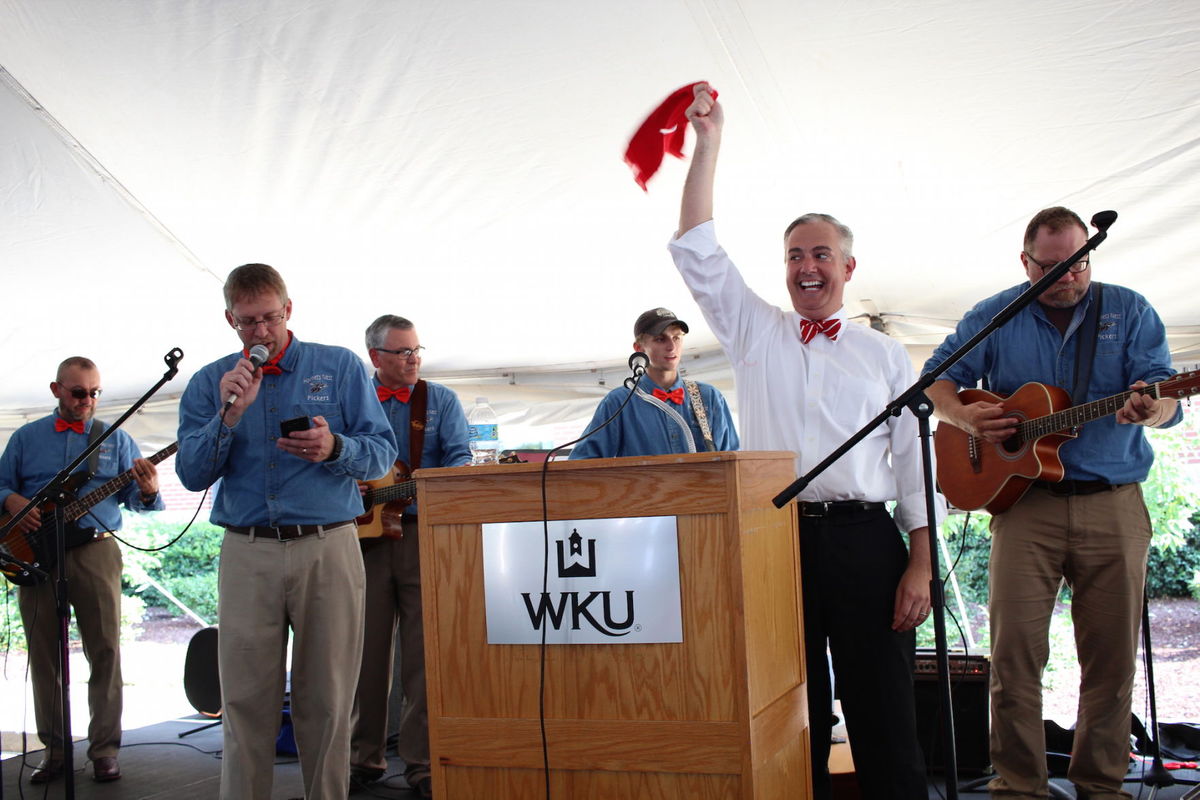 Western Kentucky University President Timothy C. Caboni was honored during a welcome reception at WKU-Glasgow Wednesday afternoon. Earlier in the day, it was Caboni who honored area high school seniors during an honors luncheon at the T.J. Health Pavilion Community Center.

Caboni congratulated the honor students for all of their hard work and dedication to academics. He told them the story of how going to WKU as a graduate student changed his life. He then talked about WKU's motto: “The Spirit Makes the Master.”

“To me, that is about our preparation of our young folks,” he said. “Not just to make a good living, but to educate the whole person, to make a good life for yourself and for those around you.”

Caboni said WKU is a “tightly woven family, looking out for each other, helping one another succeed.”

“WKU is a special place,” he said. “It's a place that changed the trajectory of my life.” 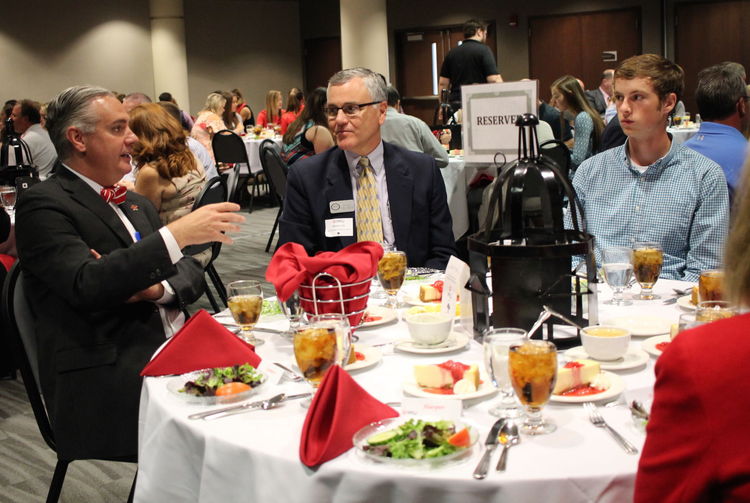 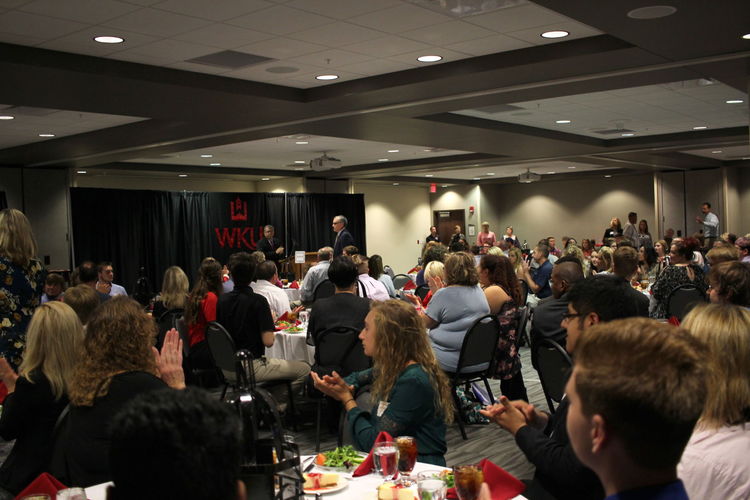 WKU-Glasgow Regional Chancellor Sally Ray took the stage and said that WKU “has benefited from the strong leadership of its presidents” for more than 100 years.

“With WKU's 10th president, Timothy Caboni, the institution has found a highly capable leader who will traverse the challenges of the 21st century,” Ray said.

Before WKU Regent and Board Chair Phillip Bale introduced Caboni, he mentioned some of the skill sets and characteristics they were looking for when searching for a new president.

Bale said they were looking for someone with great intellect, integrity, character, creative imagination, a good listener, well-read, a visionary, innovative, bold, inspirational and energetic. He added that a sense-of-humor was also important for such a “tough job.”

“During the final interviews, it was clear to everyone,” Bale said. “There was no question who the next president was going to be.”

Caboni took the stage and spoke to the crowd full of community and state leaders, educators and students.

Caboni said within the first seven days of his presidency, he traveled beyond WKU's main campus in Bowling Green to all of the university's regional campuses.

“I want to ensure that no matter where you attend WKU – on a regional campus, in Bowling Green or online – that you understand and feel not just a part of the community, but you are a Hilltopper and have that Hilltopper experience.”

Caboni said this is not the “last time you're going to see me” in Glasgow.

“We're going to be back,” he said. “Over and over and over again. To develop partnerships. To attract investment in the region. To elevate this community.

“Glasgow is WKU, and WKU is Glasgow.” 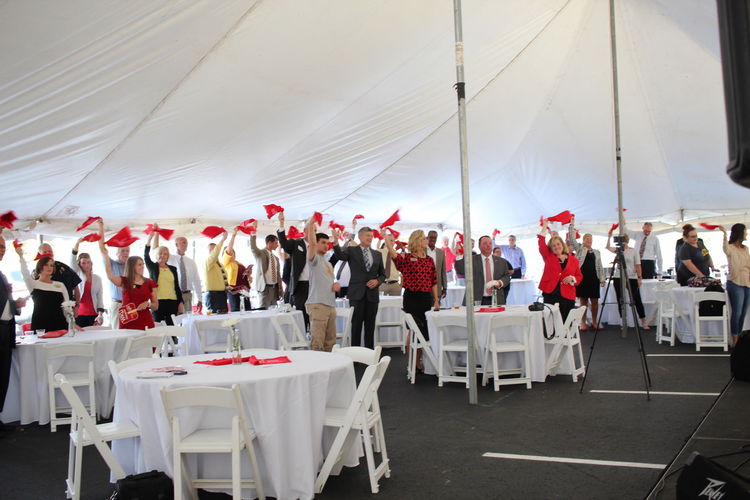