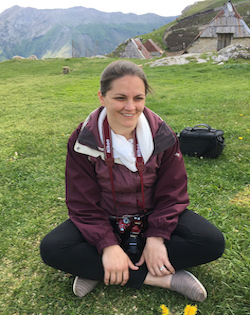 My research focuses on expressive culture in communities affected by conflict and disaster. My areas of interest and expertise include narrative, memory and commemoration, ethnography of communication, and critical trauma theory. My book Consuming Katrina: Public Disaster and Personal Narrative (UP Mississippi, 2018) describes how personal narratives and other forms of folk commemoration of Hurricane Katrina have been adapted for and received by public audiences. My current research explores memory and narration of war and genocide in Bosnia (1992-1995), especially among Bosnian refugees in Bowling Green, KY.

This Featured Folklorist piece by the American Folklore Society describes some of my ongoing work.

2010. “Legends at Work, Post-Katrina.” Harlot: A Revealing Look at the Arts of Persuasion 5.