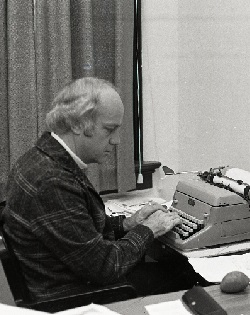 William Lynwood Montell taught at Western Kentucky University from 1969 to 1999. He is the author of 22 books, including Saga of Coe Ridge, Ghosts Along the Cumberlands, Don't Go Up Kettle Creek, and Singing the Glory Down. He no longer teaches university classes, but continues writing books and doing lectures and storytelling presentations. For many years he has been featured as one of the statewide speakers sponsored by the Kentucky Humanities Council. Since his retirement he has published Ghosts Across Kentucky (2000), Haunted Houses and Family Ghosts of Kentucky (2001), Tales From Kentucky Lawyers (2003); Tales From Tennessee Lawyers (2005); Reminisces and Reflections: African American in the Kentucky-Tennessee Upper Cumberland Since the Civil War (with Wali Kharif, 2005); Grassroots Music in the Upper Cumberland (2006); Tales from Kentucky Doctors (2008); Civil War in the Kentucky-Tennessee Upper Cumberland (2008) and Tales from Kentucky Funeral Directors (2008).

In the summer of 2001, Lynwood was inducted into the Kentucky Music Hall of Fame, located in Renfro Valley, Kentucky, and in March 2003, he received the Governor's Arts Award in the Folk Heritage category, an award based on the books he has written that focus on local life and culture. In his words, 'As I tell people, I could care less writing about kings, queens, and presidents, I write about local culture, life, and times as described by persons whom I interview during the research/writing process.'