Students participate in a number of collaborative projects with faculty and staff in our department. Check out some examples of such work below, some completed and some ongoing, beginning with the most recent.

Ethnographic Overview and Assessment of Abraham Lincoln Birthplace National Historical Park
The Abraham Lincoln Birthplace National Historical Park ethnographic overview and assessment project involves conducting research to identify, document, and assess traditionally associated communities and ethnographic resources in and near the park, including the traditional uses of and associations with these resources. The study seeks to identify groups who have both traditional and contemporary ties to the park and to identify resource uses and concerns that may affect the National Park Service's management responsibilities for natural and cultural resources located within park boundaries. Since 2015, students in both the undergraduate and graduate Anthropology and Folk Studies programs have assisted departmental faculty and staff by conducting ethnographic interviews, architectural surveys, and fieldnotes for the project.

Ethnographic Overview and Assessment of Mammoth Cave National Park
This project, like the Abraham Lincoln Birthplace National Historical Park project above, involves conducting research to identify, document, and assess traditionally associated communities and ethnographic resources in and near the park, including the traditional uses of and associations with these resources. The study seeks to identify groups who have both traditional and contemporary ties to the park and to identify resource uses and concerns that may affect the National Park Service's management responsibilities for natural and cultural resources located within park boundaries. Since 2015, students in both the undergraduate and graduate Anthropology and Folk Studies programs have assisted departmental faculty and staff by conducting ethnographic interviews, architectural surveys, and fieldnotes for the project.

Archaeology Laboratory Projects
Students in the Anthropology program have the opportunity to work in the archaeology lab, which houses archaeological and ethnographic teaching and research collections, field and laboratory equipment, and library resources. The lab also houses a zooarchaeology reference collection consisting of several hundred specimens. The research collection includes complete and partial skeletons of modern animals, which are used as an aid to the identification of archaeological material.

Bowling Green Bosnia Oral History Project
This is an ongoing project directed by the Kentucky Folklife Program’s Bosnia Oral History Project Committee, in partnership with our department and community members, resulting among other things in an exhibit at the Kentucky Museum (9/29/17 through 6/30/18; extended to May 11, 2019!) called "A Culture Carried: Bosnians in Bowling Green."

The Gardner House
The Gardner House is an early 19th century brick hall-and-parlor house located on the Upper Green River Biological Preserve. The Flemish bond house is one of the oldest homes in Hart County. Since 2003, our faculty and students have been active in researching and documenting the structure. The first step was a student project to develop a Cultural Resource Management Plan and nominate the structure to the National Register of Historic Places, then students "mothballed" the structure to prevent further deterioration. Subsequent student projects included replacing mortar in the house, adding new gutters, and repairing and replacing historic windows. The structure provides a valuable laboratory for students to learn about historic preservation. At the same time we are preserving a valuable historic community resource. Related student projects have included a short documentary on YouTube, the Gardner Historic House blog, an article in the Potter College Magazine called "More Than a Building," and a radio piece on restoration of the house. 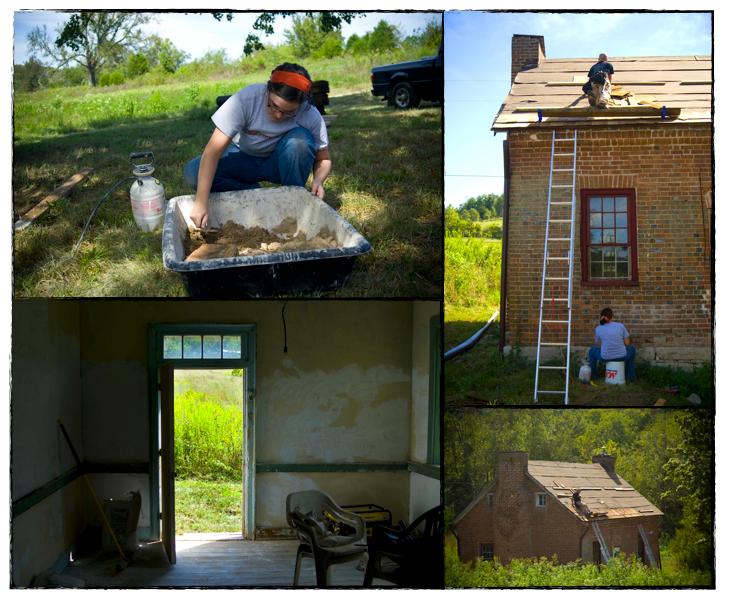 Documentation of Traditional Cultural Place: Casita Rincon Criollo
In 2011, the American Folklore Society approved the creation of a Folklore and Historic Preservation Policy Working Group. In 2011 and 2012 the working group sought pilot projects to further the Working Group’s broader aim to better integrate folklorists and folkloristic methodology within US historic preservation policy. Michael Ann Williams, then Department Head of Folk Studies and Anthropology, secured funding from WKU for Folk Studies graduate students to develop four model traditional cultural place nominations to the National Register of Historic Places in collaboration with the New York State SHPO and Citylore’s Place Matters director, Molly Garfinkel. Of these, the nomination for Casita Rincón Criollo in the South Bronx was selected. Since 2012, students have assisted in the documentation of the site and the on-going nomination process. The project is the subject of Virginia Siegel’s Masters thesis “Traditional Cultural Properties and Casita Rincón Criollo” (2015). 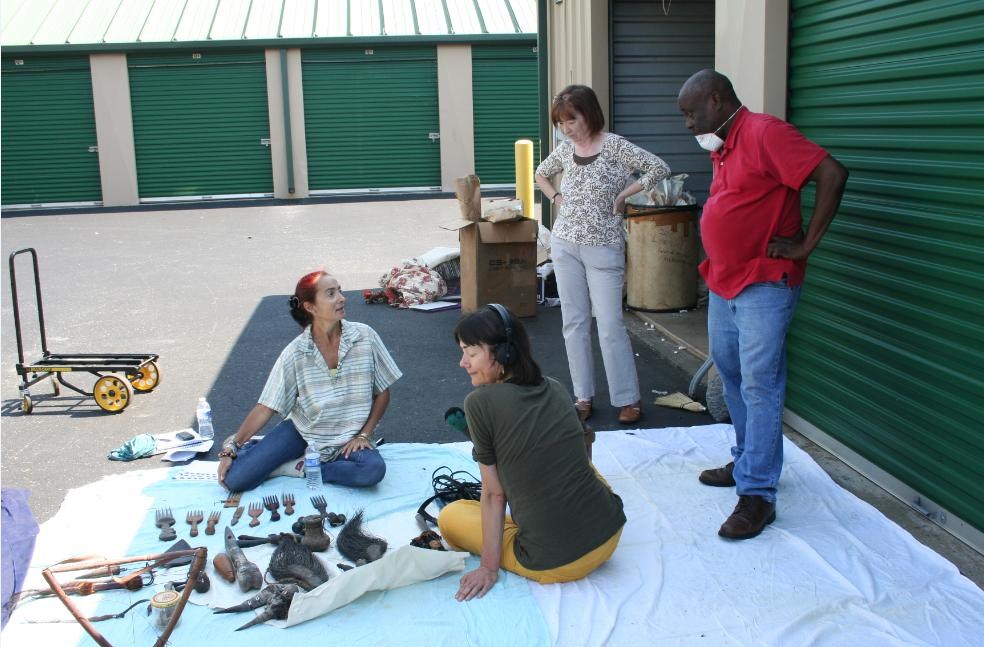 Allen County Log House Survey
In the 1970s and 1980s, student teams in the Folk Studies program completed a survey of existing log structures in Allen County, Kentucky. In 2012, Dr. Michael Ann Williams's Vernacular Architecture class revisited and updated these surveys. Students started with the existing Allen County Log Structure survey forms and used USGS topographic maps, satellite GPS imaging, and county road maps to scout out the original log buildings, and to look for any additional buildings not on the original surveys. When students located a structure, they took new photographs of the location, spoke with owners, noted any changes in the building's use or conditions, and updated the structure's address listing. Students then filled out new survey forms with the updated information for all surviving log structures, and filed these surveys with the Kentucky Heritage Council. According to the original surveys, between 1979 and 1983, 94 log structures were located in Allen County. In 2012, WKU students found that 49 of these buildings (approximately 52%) were still extant. In addition, five log buildings were located that had not been documented in the previous surveys. Students found that many of the extant log structures had been maintained via weatherboarding or other rehabilitation strategy. Not all of them had been maintained properly. Of the log structures new to the survey, many literally "came into" Allen County since the 1983 survey: a two-story single pen log home was dismantled and moved from Simpson County, Kentucky into Allen County; and yet another had moved in from Glasgow, Kentucky. Sadly, still other structures documented by the 1970s and 1980s surveys were found in ruins, or were reported demolished. Copies of the survey results are on file with the Allen County Historical Society and the Kentucky Heritage Foundation for use in ongoing educational programs and survey efforts. 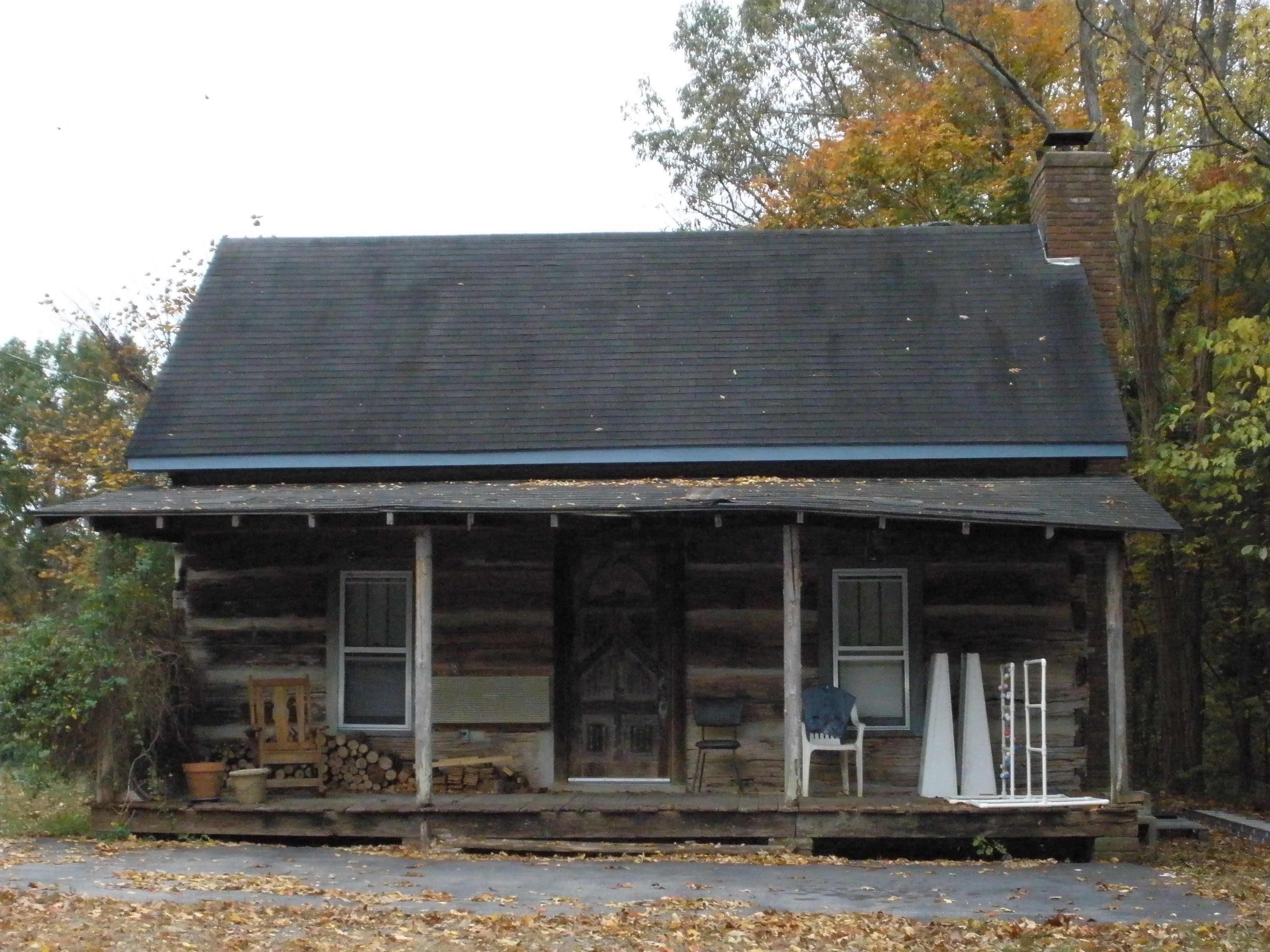 Allen County Folklife and Oral History Project
In 2011, the Folk Studies and Anthropology Department received a grant from the Laura Goad Turner Charitable Foundation to undertake a 2-year major ethnographic fieldwork project based in Allen County, Kentucky.  Building on work by a team from the Newseum in Washington, D.C., our students documented a broad range of historical and cultural themes, identifying the elements that make community life in the region unique, including the rich and diverse music, religious life, social gatherings, and patterns for formal and informal commerce. Using recorded interviews, photography, and videography, and staffed by WKU faculty and trained graduate students, the project resulted in a comprehensive body of material located at the Community Action Center in Scottsville, as well as the Kentucky Library and Museum at Western Kentucky University. The materials have been collected according to professional archival standards so that the product will be available to scholars as well as residents of Allen County long into the future. In 2013, the Kentucky Folklife Program and Kentucky Arts Council partnered to train community members in Allen County as Community Scholars with the intention to increase active community collaboration so that once the WKU project was complete, the initiative would continue under community leadership. 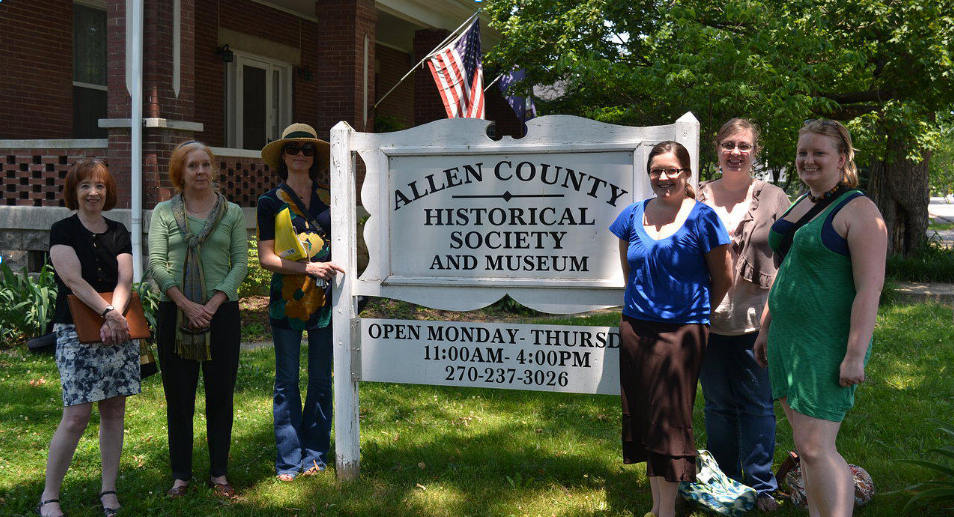