In 2017, the WKU Folk Studies Program celebrated a century of folklore research and teaching at Western Kentucky University.  To learn more about this legacy of research, explore the themes below:

Born in far western Kentucky, Gordon Wilson entered Western Kentucky Normal School in 1908 and began teaching there in 1912. Intrigued by folklore in his undergraduate days, in 1917, Wilson announced his intention to begin local folklore research. He went on to Indiana University and studied under fellow Kentuckian Stith Thompson. Returning to Western Kentucky, Wilson headed up the English department from 1928-1959, establishing a legacy of teaching and writing about folklore. 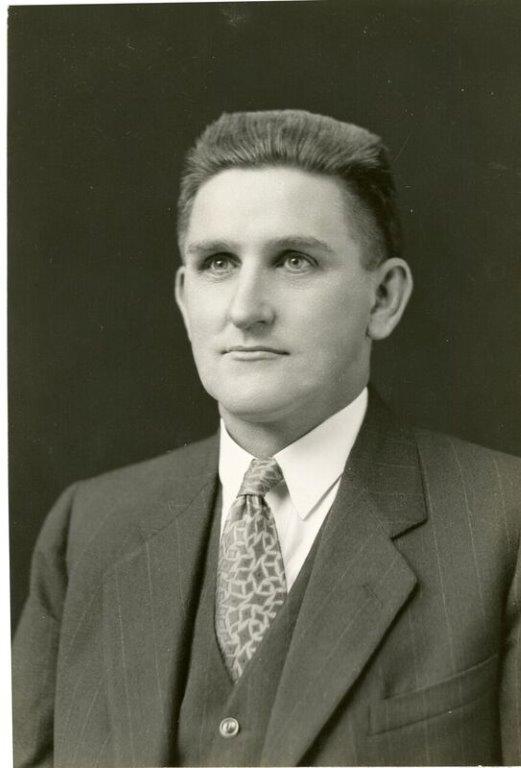 1917, Gordon Wilson wrote in his private diary:“I began today a collection of what I call folk-lore notes, partly for the pleasure I get out of working with folk material, partly for source material for work in Philology next year, and partly, probably chiefly, for a background for my projected ‘Purchase Stories.’ . . . I already have in the book over 175 ‘cuss-words’ and over 100 well-known superstitions in my home neighborhood. When I go to Calloway County next week I hope to get a great deal of help on my collection from Quint, mother, and Ivan. Ever since I first began to teach Vergil – January, 1912 – I have been interested in local folk-lore and have, at numerous times, discussed before bodies of teachers some of the things I have learned. Prof. Aydelothe, now of Massachusetts School of Technology, encouraged me in my folk-lore studies and introduced me to that famous preserver of the cowboy ballads of Texas, Prof. Lomax of Texas University.”

Hired by Wilson in 1950, D. K. Wilgus was finishing his dissertation on Anglo-American ballad scholarship at Ohio State. For the next decade, Wilson and Wilgus (along with Herbert Halpert at Murray State and William Hugh Jansen at the University of Kentucky) became key figures in the Kentucky Folklore Society which had a membership of over 300. In the mid-1950s, Wilgus created the Kentucky Folklore Record. In the early 1960s, Wilgus called for the building of academic programs in Kentucky, but lamented the loss of folklorists at other academic institutions in the state.

1955, Kentucky Folklore Record established and D. K. Wilgus wrote:“One of the greatest weaknesses of regional journals has been their almost exclusive appeal to the learned, professional folklorist. . . . We believe that there is a middle way, that the amateur and the professional can find common ground, that there is a place in Kentucky for a folklore magazine that is popular without being cute or folksy, and scholarly without the trappings of erudition.”

1962, D. K. Wilgus wrote in the Kentucky Folklore Record:“One of the most important immediate tasks of the [Kentucky Folklore] Society is to contribute to the establishment of folklore study as a recognized discipline in all of the institutions of higher learning in the commonwealth.” 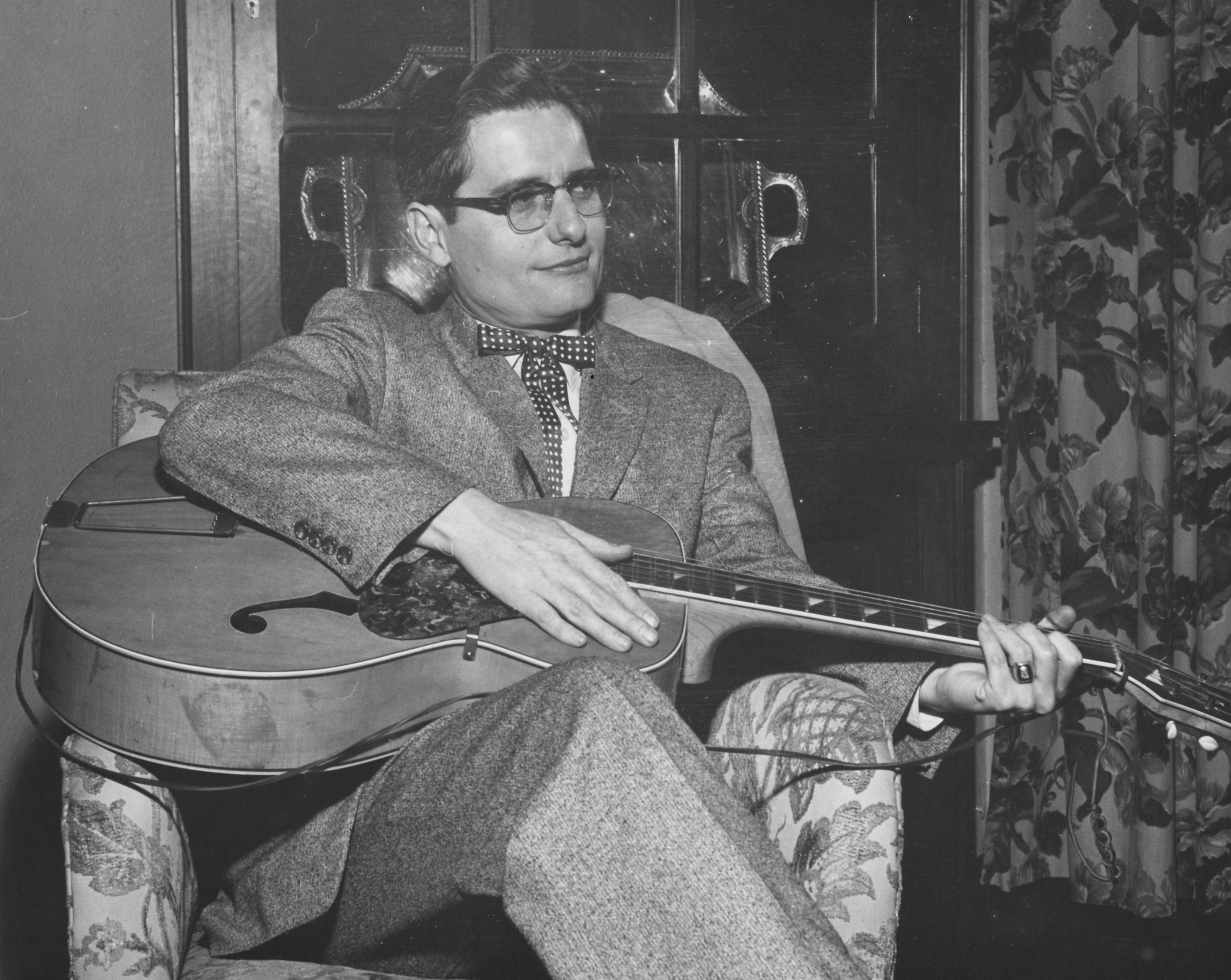 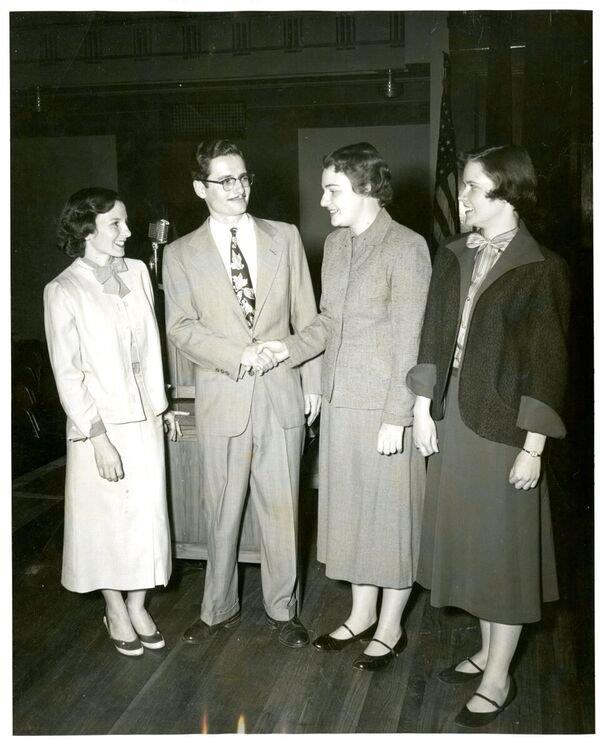 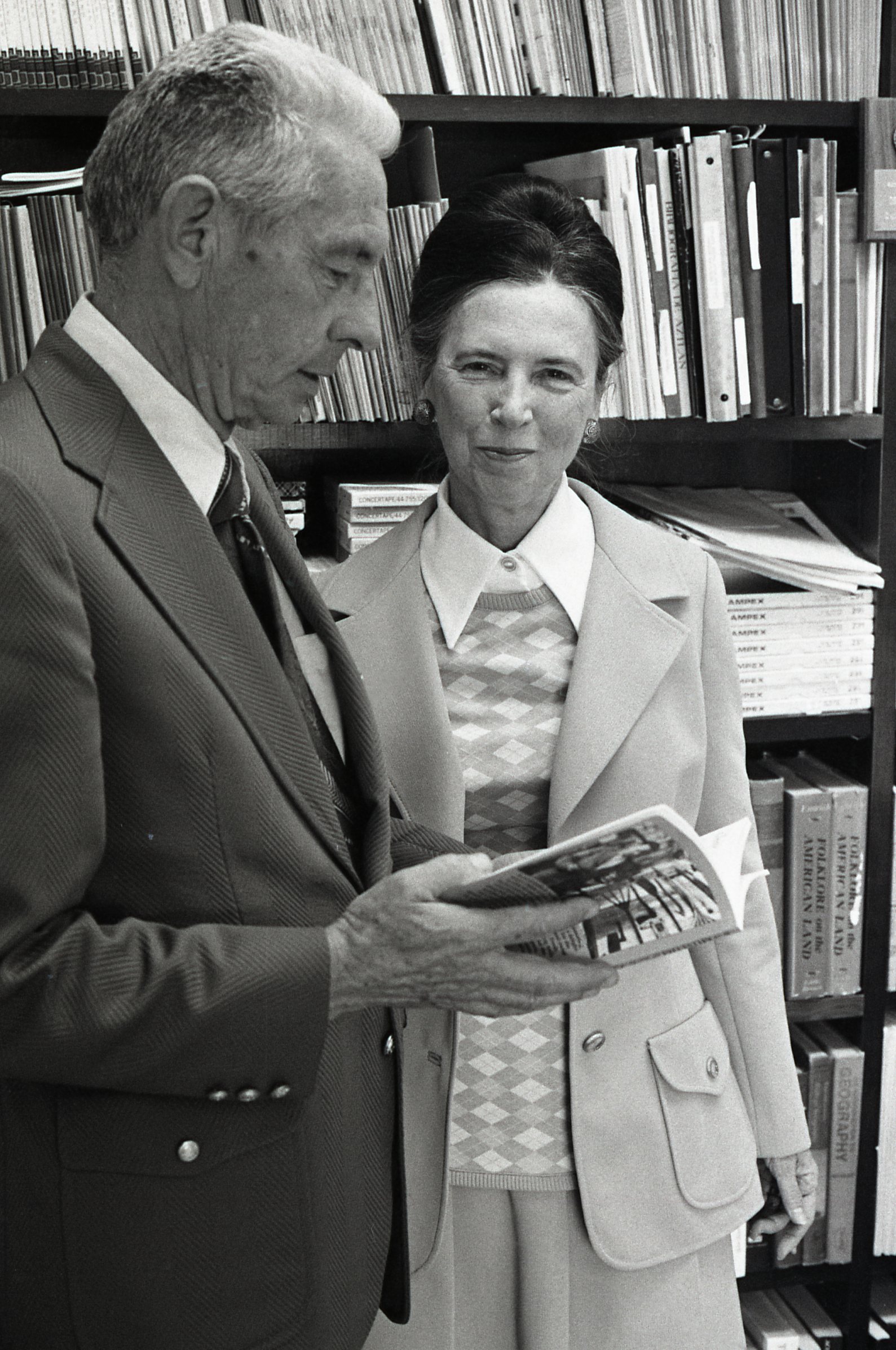 After the departure of Wilgus for UCLA, Gordon Wilson made sure additional folklorists were hired. First came Kenneth Clarke, who discovered his commonality with Wilson.

Subsequently Mary Washington Clarke and Lynwood Montell (a former student of Wilgus) were hired and in 1969, the Center for Intercultural Studies was established.

1960s, Kenneth Clarke writing about Gordon Wilson:“One of our first points of common interest was our discovery that our respective experiences as graduate students under Stith Thompson’s direction had spanned our old professor’s graduate faculty career: Gordon Wilson was among the first; I was among the last to have that privilege.”

Following the establishment of an undergraduate minor in folklore in 1968, Western Kentucky University created an MA program in 1972. The original core faculty included Kenneth and Mary Clarke, Lynwood Montell, and Camilla Collins.

While the Clarkes retired during the 1970s, Montell, Collins, and Burt Feintuch, along with new generations of folklorists, continued to build the program.

By the end of the decade the program had established dedicated tracks in both public folklore and historic preservation. Leading public folklorist Archie Green recognized the significance of the program in establishing training for the public sector.

1984, Archie Green writing about the WKU Program:“This was the first school to recognize the field we now call public sector folklore—this is, trained folklorists working for federal agencies, state agencies, local agencies, the park service, the Smithsonian, the Library of Congress, recreation departments, school boards. . . . this is the school that first recognized the necessity to train people for that responsibility. . . . Lyn Montell and his colleagues . . .shaped a program to give students the vision that they might combine knowledge in a very esoteric field with service to the larger community. 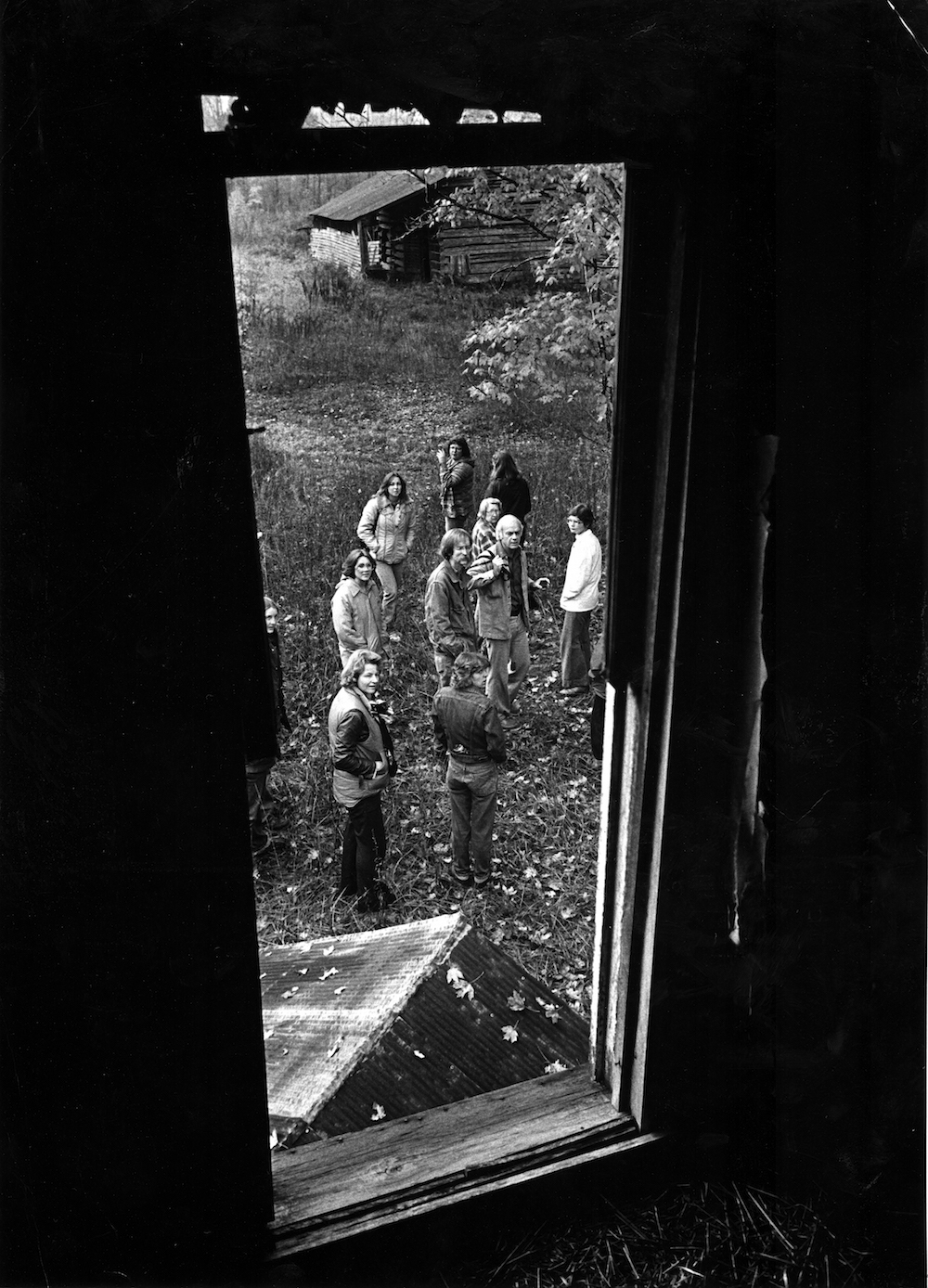 The Creation of the Department of Folk Studies and Anthropology

The Folk Studies program was housed in several different units over the years, as the organization of the university changed. In 2004 Michael Ann Williams led the successful charge for the creation of the Department of Folk Studies and Anthropology. Williams remained department head until her retirement in 2017. 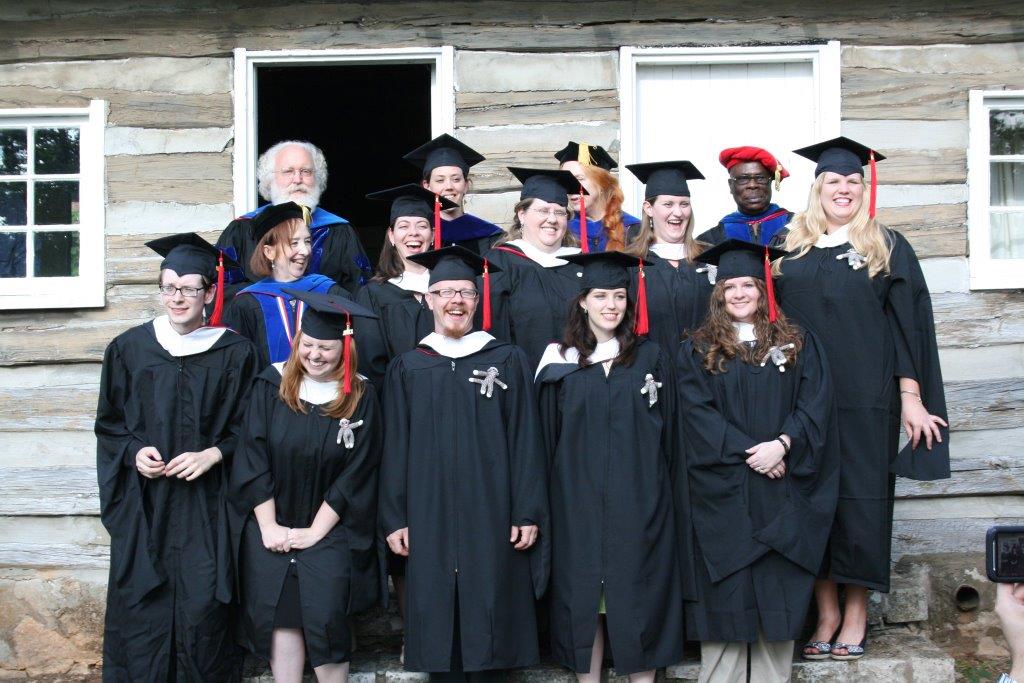 The Journal of American Folklore at Western Kentucky University

For 30 years the Kentucky Folklife Program (KFP) has been dedicated to the mission of documenting, presenting, and conserving the diverse traditional culture and heritage of the Commonwealth.

Founded in 1989 as an inter-agency partnership between the Kentucky Historical Society and Kentucky Arts Council, KFP moved to its current home at Western Kentucky University in 2012. Now housed in the Department of Folk Studies and Anthropology at WKU, KFP is physically located in the Pioneer Log Cabin on WKU’s campus. Learn more.

The WKU faculty continue to provide leadership in the discipline. In 2014-2015, Michael Ann Williams served as president of the American Folklore Society, the first AFS president from Kentucky since Herbert Halpert in 1955.

In 2015, Erika Brady was elected as president of the AFS Fellows.

WKU Folklore Faculty over the years:

Information in the above timelines is based on research by Michael Ann Williams, University Distinguished Professor of Folk Studies, Emeritus.

All photographs from Western Kentucky University Library Special Collections.  Class of 2011 photograph provided by the WKU Department of Folk Studies and Anthropology.