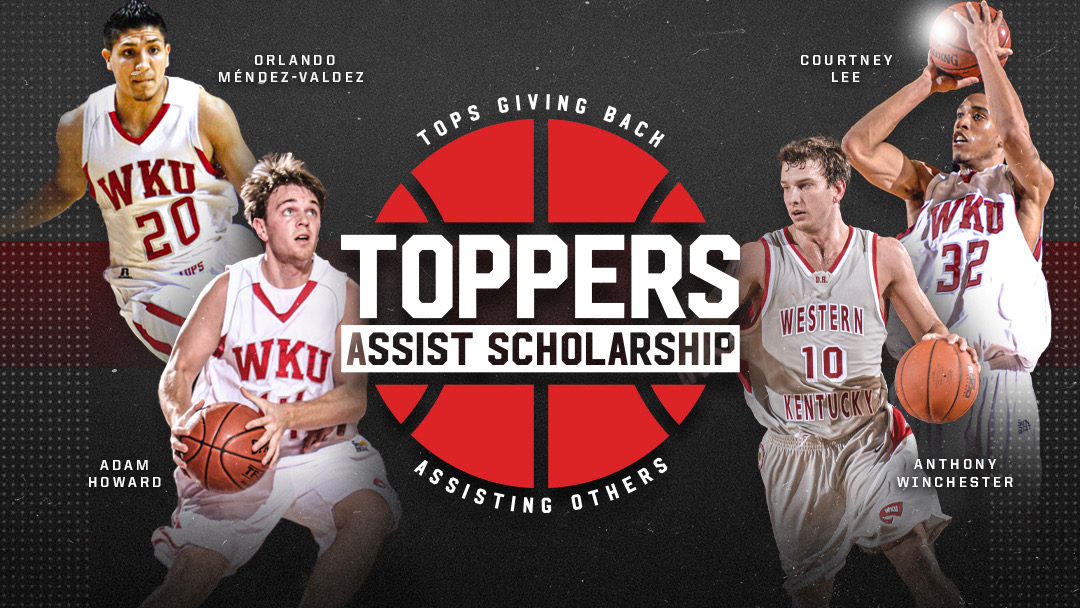 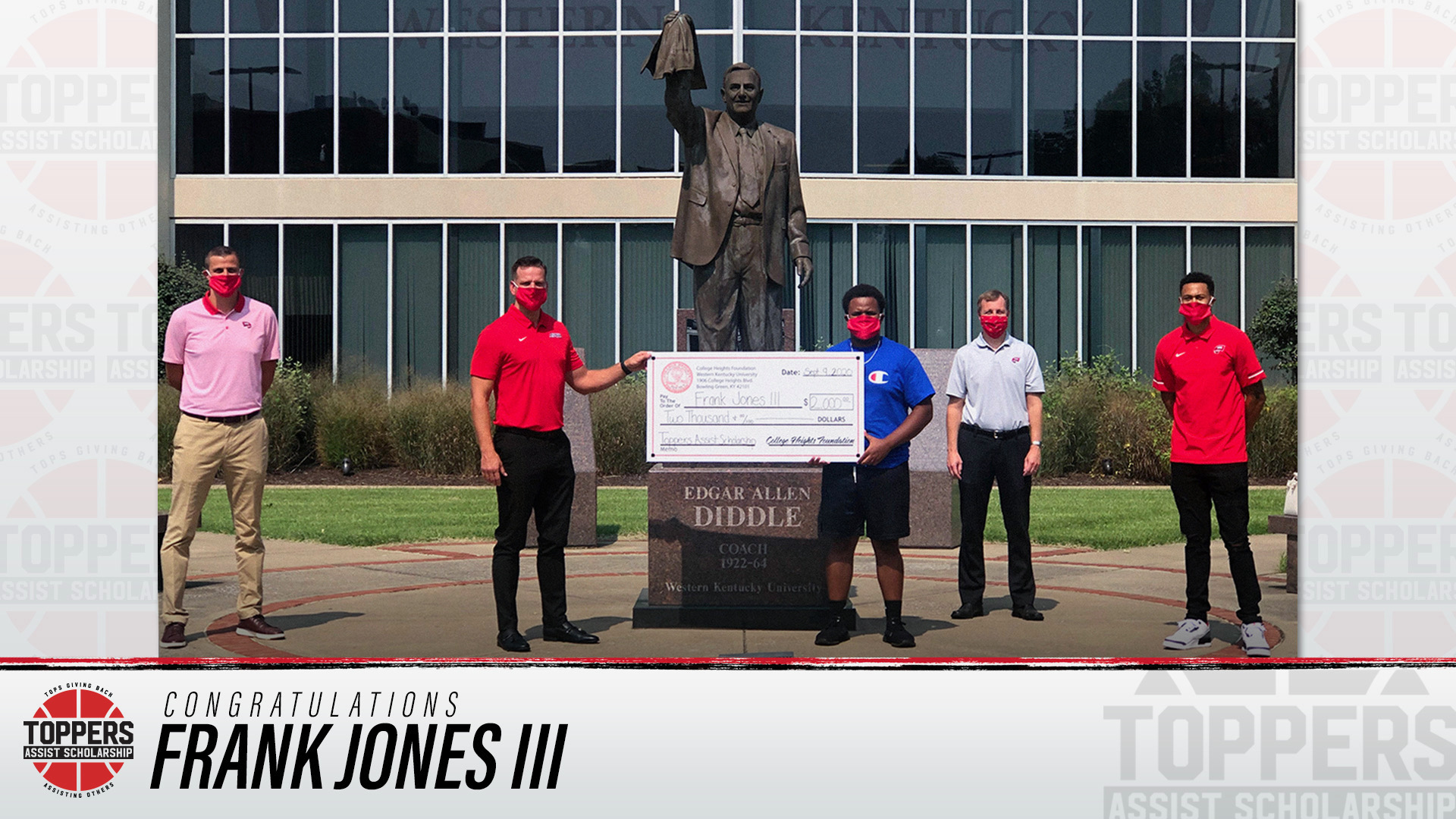 Frank Jones III, a WKU freshman from Bowling Green, was named the inaugural recipient of the newly established Toppers Assist Scholarship. Jones, a 2020 graduate of Bowling Green High School, received a $2,000 scholarship for the 2020-2021 academic year. He is pursuing a degree in Sports Management.

Jones was raised in a single-parent household by his mother, who inspired him to pursue higher education as she worked her way through college on her own. A highly recommended student by the guidance counselor at Bowling Green High School, Jones said he didn’t initially know if he would be able to attend WKU because of the cost and worry about debt.

“Being a recipient of this scholarship from the College Heights Foundation means a lot to me because the main stress my family and I had was how to pay for college,” said Jones. We are very thankful for the blessing received. Go Tops!”

The Toppers Assist Scholarship was established in July 2020 by four former Hilltopper Basketball student-athletes who united to honor their alma mater and provide opportunities for underrepresented groups at WKU. These former student-athletes want to help WKU achieve its educational goal of promoting a diverse environment by creating a scholarship to support students who may not be able to afford college without financial assistance. Since the announcement of the Toppers Assist Scholarship, eight other student-athletes have joined to support the scholarship, and more partnership announcements are expected.

Four former Hilltopper Basketball student-athletes have united to honor their alma mater and provide opportunities for underrepresented groups at WKU. Adam Howard (’09), Courtney Lee (’08), Orlando Méndez-Valdez (’09) and Anthony Winchester (’06) wanted to help WKU achieve its educational goal of promoting a diverse environment by creating a scholarship to support students who may not be able to afford college without financial assistance.

The Toppers Assist Scholarship Fund will support a diverse incoming WKU freshman who graduated from a high school in Bowling Green or Warren County, Ky. The scholarship recipient must have demonstrated a commitment to working with underrepresented or disadvantaged populations and have displayed activism in bringing diverse people together.

Howard, Assistant Men’s Basketball Coach at the University of South Alabama in Mobile, Ala., says the former teammates credit WKU for everything they have each achieved at this point in their lives.

“Success in life is about working with people, not against them,” said Howard. “Those who are in a good position in their own lives, it’s your responsibility to bring others along with you, no matter their need. To say I am honored to give back to the Bowling Green community with my brothers would be an understatement.”

“WKU is a special place to me, and I have always considered Bowling Green a second home,” said Lee, a professional basketball player for the Dallas Mavericks. “I knew at some point I wanted to give back, and I really wanted it to be genuine and intentional. In today’s society, we need more unity, equality and leadership. Helping our youth has always been a passion of mine, and I am really excited about creating a scholarship through WKU with my former teammates to create an opportunity for a young man or young woman to get their foot in the door at a place that means so much to me.”

Méndez-Valdez (’09), a professional basketball player for Capitanes de Ciudad de México of the NBA G League, said the goal is to move toward a common vision of unity.

“We have the ability to use our individual accomplishments toward organizational objectives to make our society a better place,” said Méndez-Valdez. “Working alongside my WKU brothers from all different backgrounds gives us the opportunity to work for the community through teamwork.”

Winchester, Men’s Basketball Video Coordinator at University of Southern Mississippi in Hattiesburg, Miss., echoed Méndez-Valdez’ feelings, noting that the group wants to give other WKU students an opportunity like the one they were each fortunate to receive.

“At the end of the day, it’s not about what you have or even what you’ve accomplished,” said Winchester. “It’s about who you’ve lifted up, who you made better and what you’ve given back. To be fortunate enough to have an opportunity to give back to a community and school I love dearly is an honor.”

“I am counting on all of Bowling Green and all of Hilltopper Nation to contribute and help in any way possible so that we can create even more opportunities through this scholarship fund that benefits diversity on the WKU campus,” added Lee.

The Toppers Assist Scholarship will be administered by the College Heights Foundation at WKU. If you would like to support this scholarship, please visit alumni.wku.edu/topperassist.

The Toppers Assist Scholarship is part of the WKU Opportunity Fund, a donor-driven fundraising campaign to benefit WKU students by removing barriers for access to education through needs-based financial assistance in support of recruitment, retention and educational experiences that might otherwise remain out of students’ reach. 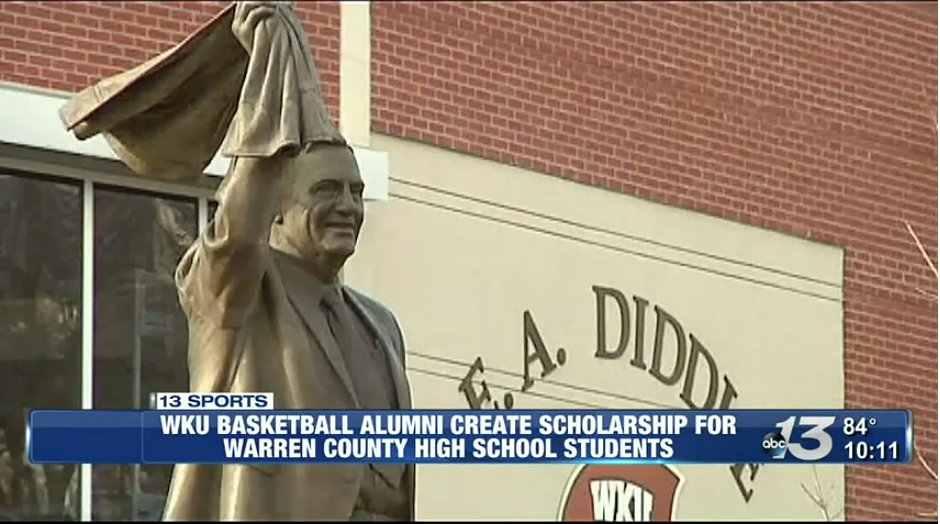