"Steve was a crucial part of what we do as a company. He could do it all. From morning drive to in-depth interviews. He loved being a broadcaster,” said Alan Cooper, General Manager of Daily News Broadcasting. “We couldn't think of any better way to remember his legacy and reward it to future broadcasters."

Steve’s impact on the community went beyond his role as a broadcaster. He was also a founding member of the Stuff the Bus Foundation. He was beyond proud of seeing the growth of the event to the non-profit foundation that now allocates thousands of dollars each year to local kids, teachers, and schools.

“Steve had a passion for broadcasting and left a lasting legacy in the field. He also had a passion to give back to others and serve his community. We are honored to keep his passions alive through this scholarship,” said Travis Norton, Stuff the Bus Foundation board member.

The Steve Meredith Stuff the Bus Memorial Broadcasting Scholarship will be awarded to two local WKU Students in 2021. Sophia South of Alvaton, Kentucky and Katherine Brooks of Russellville, Kentucky. Both are current WKU Broadcasting students. 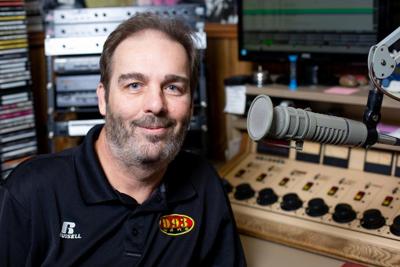