It is said that although Coach Taylor loved watching most sports, his first love was the game of football. This love began early on and only increased as he got older. While attending Owensboro High School Coach Taylor earned All State Honors in Football. Upon graduating from Owensboro High in 1963, he pursued an academic and athletic career on the Hill. It was at WKU he found his stride and became a well-known athlete, earning Team Captain designation and Most Valuable Player award for his efforts on the Football team. After receiving his Masters Degree in 1969, he returned to his Owensboro roots to embark on his professional career as a teacher at Davies County High School.

If there was one other subject besides football Coach Taylor was passionate about, it was education. And it was through these coupled interests in football and education that he was able to positively and profoundly impact the lives of young people. During his time at Daviess County High School, Coach Taylor worked as a teacher, coach, and Athletic Director. He was recognized by all as an individual who cared about his students both on and off the field and who believed that with dedication, preparation, and superior effort anything was possible. And it was for those reasons and many more that the Owensboro High School dedicated its yearbook to him three times.

After a 27-year career at Daviess County High, Coach Taylor retired in 1996. He then worked several years for Roberts Motors where he made many close friends and customers.

In addition to loving football and education, Coach Taylor was also an active individual outside of those areas. He enjoyed gardening, fitness, and above all spending time with family and friends. He was also a member of Owensboro Christian Church.

After a life friends say was marked by strength, compassion, wit, and humor, Coach Taylor passed away at the age of 62 in April of 2007. To honor his legacy, friends and family created the Coach Bill Taylor Memorial Scholarship Fund to encourage more students and athletes from Daviess County High School who are attending WKU. Through this fund, Coach Taylor’s beliefs live on in perpetuity. 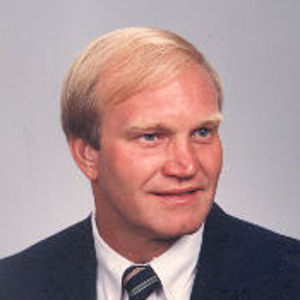