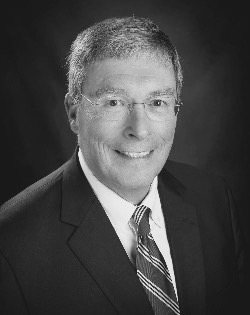 R. Harvey Johnston, III is an attorney and partner in the firm of Reynolds, Johnston, Hinton, and Pepper in Bowling Green, which was established in 1976 by Johnston and C. Michael Reynolds, a law school classmate.

Harvey is a native of Louisville, Kentucky. He earned his Bachelor of Arts degree with an English major in 1969 from the Sewanee—University of the South and his JD degree in 1972 from the University of Louisville, Brandeis School of Law. Following law school he served in the United States Air Force from 1972 to 1976, in the office of the Judge Advocate General.

Harvey has also served as an Adjunct Professor in Real Estate Law at WKU for over twenty years. He currently serves on the WKU Real Estate Corporation Board.

He is a member of the Board of Commissioners of the Warren County Water District and served as Chairman for twelve years.  He has also served on the Board of Directors of the Bellewood Presbyterian Home for Children and as its Chairman for six years.  Other community involvement includes serving on the Board and as President of the Girl’s Club, Inc., on the Board and President of the Bowling Green A.M. Rotary Club, and as a Deacon, Elder and Clerk of Session of The Presbyterian Church of Bowling Green.

In 1982, Harvey was named as “Outstanding Young Businessman” by the Warren County Jaycees.  He received the Warren County Bar Association Public Service Award in 1997, and was recognized as a “Distinguished Alumni” in 2007 by the University of Louisville, Brandeis School of Law.  Harvey currently serves on the Kentucky Bar Foundation Board of Directors, the Executive Committee and will serve as its President.

Harvey and his wife, Sarah, are supporters of many community organizations at WKU, including the College Heights Foundation and the WKU Gifted Studies program. Sarah, a 1983 graduate of Carleton College, majoring in political science and Japanese, has previously served on the Libraries Advisory Council and the Commonwealth Health Foundation.

They have two children, Ellie and Walker, who are students at Carleton College and three older children: Alston, a graduate of the Art Institute of Chicago and the University of Pennsylvania, is an artist who lives in Venice, Italy, with her husband, Andrea and their two sons, Eduardo and Jacopo; Robert, a graduate of Sewanee and the University of Louisville, Brandeis School of Law, is a self-employed attorney who lives in Louisville, Kentucky, with his wife, Laura and their two sons, Winn and Ford; and Kyle, a graduate of Sewanee, is a self-employed real estate developer, who lives in Indianapolis, Indiana, with his wife, Meghan.