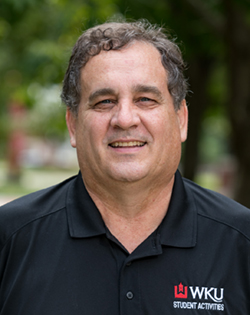 Charley's wife Julie holds two masters (2007, 2018) from WKU, his daughter Emily is a 2018 graduate of WKU and son Will, is a second year student. Charley has also visited over 690 different college campuses in 48 states and 3 countries. Charley's Myers-Briggs is ESFJ.