Why We Gave: Chris & Sherrie Swanberg 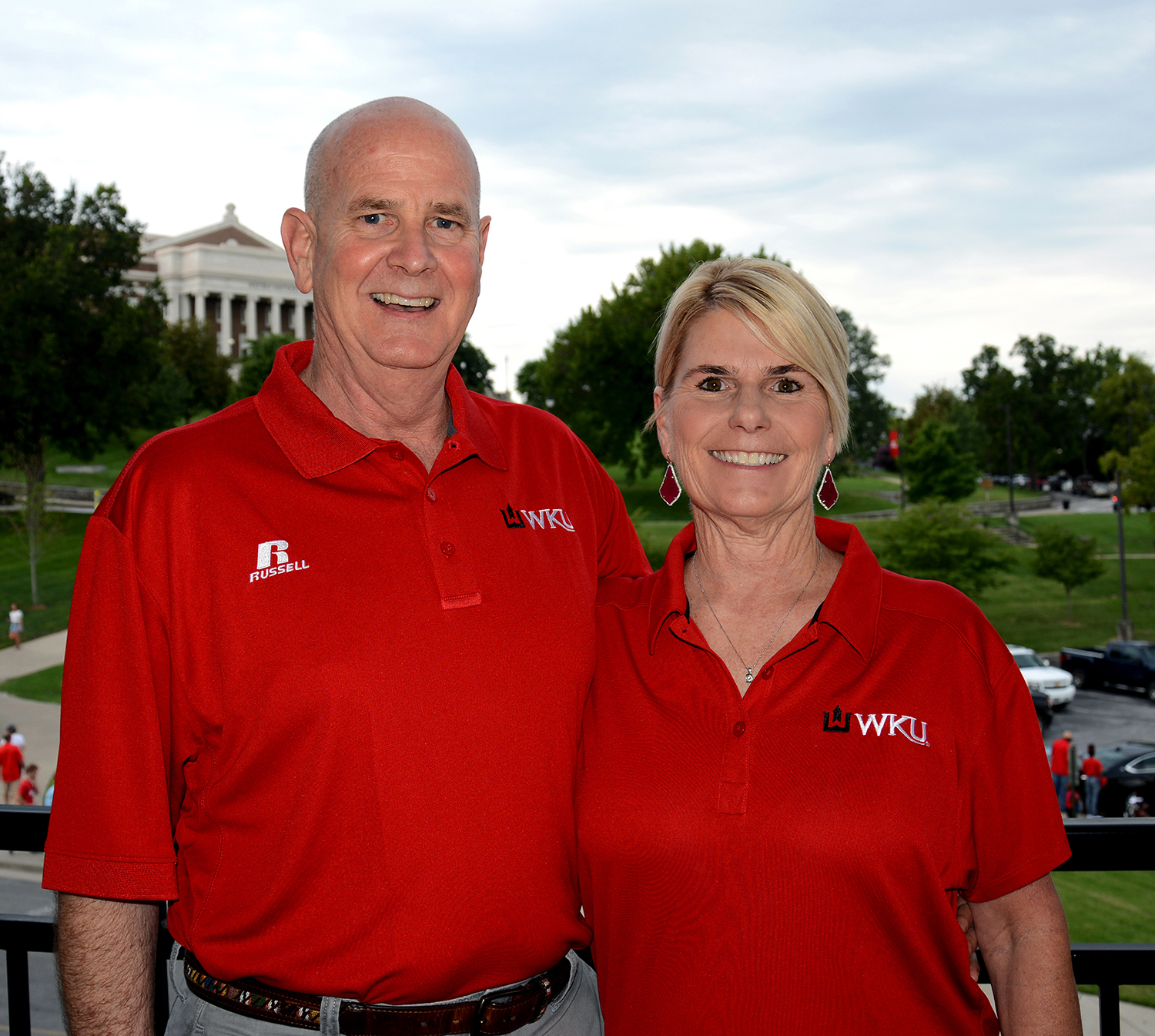 After more than 30 years away from campus, the Swanbergs recently reconnected with WKU and were looking for a way to give back to the University that gave them so much.

“Western had a program in Environmental Engineering Technology that put me years ahead of my peers as far as experience when I hit the job market,” said Chris Swanberg. “The education I received at Western stacked up against anyone I ever ran across in the industry over the years.”

Inspired by the goal of the WKU Opportunity Fund to remove barriers for access to education, the couple has established the Swanberg Shuler Opportunity Scholarship Fund. The fund will support WKU students from both Henderson County High School and Owensboro High School, Chris and Sherrie Swanberg’s respective high schools, through renewable scholarship opportunities.

“We are at a place where we could show our gratitude to Western,” said Chris Swanberg. “We wanted to support the high schools we went to because we got a great education in those schools, too.”

“A scholarship like this would have been useful to us personally,” said Sherrie Swanberg. “This is a way to help students who really want to be educated by opening up opportunities they may not have otherwise.”

“The needs-based aspect really spoke to us,” added Chris Swanberg. “We both come from modest backgrounds, so being able to make this available seemed like a great way to give back. The WKU Opportunity Fund is such a unique way to make a difference for students.”

“The WKU Opportunity Fund is one of the strategic initiatives outlined to help remove barriers for access to education through needs-based financial assistance, and we are extremely grateful to Chris and Sherrie Swanberg for establishing the Swanberg Shuler Opportunity Scholarship Fund for supporting this important effort,” said Dr. Donald Smith, President of the College Heights Foundation, which will administer the scholarship. “This fund demonstrates their strong belief in the importance of education.”

The couple, who divide their time between New Braunfels, Texas, and Franklin, Tenn., are thankful for the friendships and connections they’ve made because of WKU—including both those that have stood the test of time and those that are newer.

“We met people at Western that we have stayed in contact with over all these years,” said Chris Swanberg. “I met Tim Ford at a gym in Houston, because I was wearing a WKU shirt and we started talking. We’ve remained friends over the last five or six years, and now we are both in Franklin, Tenn.”

“We’ve traveled and lived outside of Bowling Green and Kentucky for more than 30 years but it always seems like we find someone from Western wherever we are,” said Sherrie Swanberg.

The Swanbergs are excited about becoming closer to the University through the scholarship fund, especially as they start thinking about retirement.

“This will keep us connected to Western and feel a part of the community,” said Sherrie Swanberg. “My heart is happy being able to support our alma mater.”

Sherrie Swanberg received an Associate of Arts in Medical Secretarial Administration in 1979, and Chris Swanberg received a Bachelor of Science in Environmental Engineering Technology in 1981. The Swanbergs are Lifetime Members of the WKU Alumni Association.

The first recipients of the Swanberg Shuler Opportunity Scholarship Fund will be named in spring 2019 for the 2019-2020 academic year.

The WKU Opportunity Fund is a donor-driven fundraising campaign to benefit WKU students through needs-based financial assistance in support of recruitment, retention and educational experiences that might otherwise remain out of students’ reach.