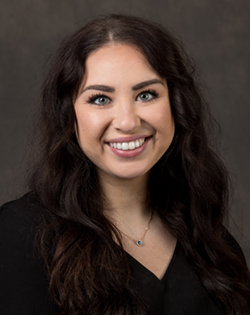 Alexandria Colovos received her Master of Science in Nursing with an emphasis in Nursing Education from Northern Kentucky University in 2019. She received her Bachelors of Science in Nursing from Western Kentucky University (WKU) in 2017. Ms. Colovos also graduated from the WKU Mahurin Honors College simultaneously in 2017 after successfully defending a Honors Capstone Thesis Project comparing nursing education and healthcare in the United States and the United Kingdom following her experiences studying abroad and exploring nursing education in the UK throughout her undergraduate studies. In her senior year at WKU, she was awarded the “Spirit of Nursing” student award and inducted into Sigma Theta Tau International (STTI) Honors Society for Nursing.

Her clinical nursing experience includes a Level III Neonatal Intensive Care Unit (NICU), where she also served as a NICU parent educator, a level II NICU, and newborn nursery. Ms. Colovos is certified in Neonatal Intensive Care Nursing (C-NIC) and holds certifications for BLS, S.T.A.B.L.E program, and the Neonatal Resuscitation Program (NRP). In addition to STTI, she is a member of the National Association of Neonatal Nurses (NANN), the American Nurses Association (ANA), and the Kentucky Nurses Association (KNA).

As an instructor with the BSN Pre-licensure program at WKU, Ms. Colovos currently teaches Maternal Child Nursing lecture and clinical courses. With her background in studying nursing education and healthcare in the United Kingdom as well, Ms. Colovos works with The Cooperative Center for Study Abroad (CCSA) with whom she is offering a study abroad course in London.