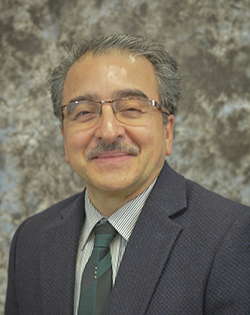 Dr. Farhad Ashrafzadeh is a research leader in the development of system-level energy-efficient systems and products. He has over 24 years of industry and academic experience in the conceptualization, development, technology transfer, and commercialization of new products and products' features. He is a holder of 70+ granted patents, which are currently used in commercial products.

Dr. Farhad Ashrafzadeh has a proven record of research contracts and grants with a total amount of $1.7M as of 2020. He is the recipient of numerous awards. Dr. Ashrafzadeh became the recipient of the WKU University Faculty Award in Research and Creativity,-- the highest research award at the university level. He received the first prestigious University Award on Innovation and Impact on Outstanding Corporate-Sponsored Research presented by WKU President in 2018. He is also the recipient of the 2019 WKU One-Million Dollars Grant Club Award. In 2020,

Dr. Farhad Ashrafzadeh was the Keynote Speaker for "IEEE International Electrical Machines and Drives Conference" San Antonio, Texas, in 2005. He also served as an Associate Editor for the IEEE Transaction on Industrial Electronics from 2002 to 2006. He has been a faculty associate at the Indiana University at South Bend, an adjunct professor for Western Michigan University (WMU), a member of the External Advisory Board for the College of Science and Engineering at Andrews University and WMU, invited speaker for various universities and IEEE sections, and the chair and session organizer for several IEEE conferences. He is a trained innovation mentor and a certified Six-Sigma Black-Belt Engineer. His scholarly interests include