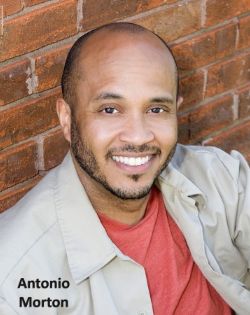 Tony Morton is a proud alumni of the WKU Theatre & Dance Department where he earned his B.F.A. in Performance. He holds an M.F.A. in Acting from the University of Louisville. Immediately after graduate school, Tony began acting professionally in television, theatre, and film: including the major motion picture Nothing But the Truth. He was a guest artist in the Lipscomb University production of To Kill a Mockingbird playing the role of Tom Robinson. He has performed with Nashville Shakespeare Festival (Henry V), Nashville Repertory Theatre (Clybourne Park, LARRIES, and Rosencrantz and Guildenstern are Dead), Actor’s Bridge Ensemble (Sign in Sydney Burstein’s Window), Nashville Children’s Theatre (Bud, Not Buddy, Charlotte’s Web, and Watsons Go to Birmingham-1963) and several others.

Tony was the Academic Theatre Director and Program Coordinator at Bethel University for two years. Previously, he spent twelve years as the Theatre Director/ Scenic Designer at Davidson Academy in Nashville TN, where he directed, designed, and constructed over 40 plays. He is married to his wonderful wife Kris and they have two children, their daughter Baylee (also a WKU Theatre & Dance Alum) and their son Isaiah.