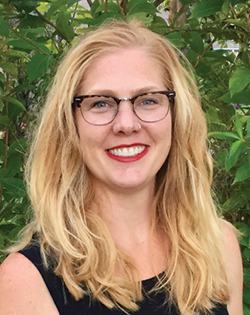 In 2003, Haugejorden moved to Portland Oregon to tour with Northern Lights Independent World Guard while obtaining her Bachelor’s of Science in Dance with a Music Performance Minor from Western Oregon University. In 2008 she founded the Gratis Dans Company while touring with Minh Tran and Company (a Cambodian Contemporary Dance Company) as well as held the position of Director of Dance Ensembles at Southridge High School. It was at Southridge High School she was awarded the Favorite Color Guard Coach of the Year by the Beaverton Arts Commission and the Favorite Arts Teacher of the Year from the Beaverton School District.

In 2013 Haugejorden obtained her Masters of Fine Arts in Dance Performance and Choreography from the University of Hawaiʻi at Mānoa (UHM). During this time, Haugejorden performed with Convergence Dance Theater and taught at Wailee Fine Arts High School. Tandemly, she contributed to UHM’s dance program as a teaching assistant for Improvisation, Pre-20th Century Dance History, Beginning Modern Technique, Dance Composition 1, Weight-Sharing Internship, Dance and Visual Media, and was a graduate assistant for Modern Dance 1. Haugejorden’s piece Tranquil Purification was adjudicated at American College Dance Festival Association along with A day in the life of Meghen, dance for film entry. On completion of her degree in 2013 she was also awarded the Yasuki Sasa Award for Excellence in Choreography and Performance from UHM, became an Arts Bridge of America Scholar in weight-sharing education, presented written research on Evolution of Pedagogy in Higher Education: Modern Dance Technique Courses Through Laban Movement Analysis and published her performance thesis entitled Movement Dimensions which utilized Isadora live capture software and projection.

Haugejorden performed with Alternative Motion Dance Project and choreographed for Zenon’s Zone Choreography series in Minneapolis of 2013 before moving to Austin, Texas. During her time in Texas, Haugejorden was the director for East View High School Color Guard and taught at several additional high schools.

Upon her return to Saint Paul, Minnesota Haugejorden is co-authoring a book and cofounding a new design company A&R Studios in Canada while continuing her technique teaching, choreographing and being an at large board member for Invictus Independent World Winter guard in Austin Texas. 2017 marks Haugejorden’s beginnings at Western Kentucky University (WKU) where she is excited to educate, learn, share, but most importantly become a part of the WKU family.