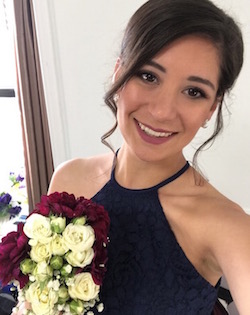 Ally is no stranger to WKU as a Bowling Green native, graduating Magna Cum Laude with a B.F.A. in Performing Arts, Technical Theatre and a minor in Event Planning. She is also a Gatton Academy graduate, class of 2009. Shortly after graduating Ally moved to NYC to intern for RWS and Associates previously located in Times Square. She learned the ins and outs of a fully function, yet very tiny, costume shop that designed, created, and sourced costumes for theme parks and cruise ships all over the country. After getting a taste for theme parks, Ally relocated to Orlando, Florida to work in entertainment at Universal Studios Orlando. While there, she was a dresser to many of the performers and shows on site, a seamstress for both park operations and Grinchmas, and also a stilt walker for the Macy’s Holiday Parade! Her favorite role was being a dresser for the Transformers! Ally then relocated to Houston, Texas where she was an over-hire stitcher for the Houston Ballet, where she helped open the World Premiere of Stanton Welch’s Romeo and Juliet. She was also an Alterations Specialist at David’s Bridal. Finding her niche in Bridal, Ally transferred with the company back to Bowling Green, where she became the Alterations Manager. Ally is currently the owner of Next Stitch Alterations and Wardrobe Head at SKyPAC. She enjoys her fur babies Romeo and Rhett and hot air ballooning in her free time. She is excited to be home in Bowling Green and back on the hill!