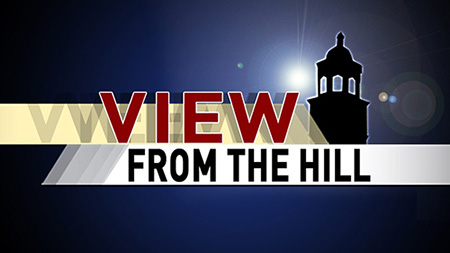 WKU’s women’s soccer program is in its 20th season and the same coach has been at the helm since the beginning.

WKU’s Amy Bingham talks with Jason Neidell about that distinction and about navigating the pandemic in this week’s View from the Hill.

When Tulsa native and Yale graduate Jason Neidell accepted his first head coaching job at WKU, he had no idea he would still be here 20 years later.

“The university has continued to evolve and transform as has the athletic department and it’s just been a really really neat process. I think you can say 20 years ago campus looked completely different.”

Because of the COVID-19 pandemic, this 20th season hasn’t been what anyone expected.

“What ended up happening is role reversal, the fall became our exhibition slate and now the spring is our championship slate.”

February 6 marked the Lady Topper’s first official game since November 6, 2019. But it wasn’t the missed competition that’s been the toughest part of this pandemic.

“Our team is very close and we love to hang out with each other so that’s like the first thing that was really hard for us cause when we get off the soccer field, we want to see each other and hang out.”

“It just makes every day a little bit more meaningful and I think gives the coaching staff and the student athletes a better appreciation for you know, maybe some things we took for granted.”

The opportunity to play is especially not lost on sophomore Emily Speidel. She tore her ACL her second day on campus as a freshman. She’s now had a full year to recover and finally get her collegiate career started.

“Every time I step on that field it’s just to me, it’s just let’s have fun because that’s just the best way to do it.”

Having fun and playing for a coach whose dedication to the program and to the student athletes has stood the test of time.

“He expects so much out of us, on and off the field, become a better player.”

“He’s so supportive of all his teammates no matter what your role is on his team and I think  that’s why we have such good chemistry.”

Neidell grew up playing club level soccer in Tulsa and was recruited to play at Yale University.  He planned to be a history professor before he decided to get into coaching.