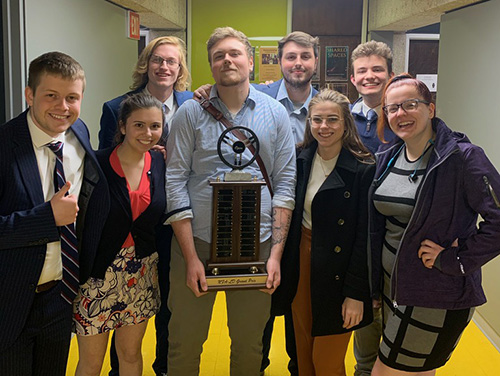 Hosted during the March 29-April 1 weekend by Missouri State University, the tournament is designed to act as a capstone to the most challenging and rigorous competition of the season. The tournament featured double-elimination out-rounds. After 13 rounds Rivera was crowned the champion. Seven of WKU’s eight debaters advanced to elimination rounds, and six won debate speaker awards.

Lincoln-Douglas debate is a one-on-one policy style of debate which is sponsored by the National Forensic Association, thus the name NFA L-D.

This weekend the team will travel to the University of Alabama in Tuscaloosa to compete at the American Forensic Association National Individual Events Tournament.

Results from the First Annual NFA Lincoln-Douglas Debate Grand Prix are as follows: