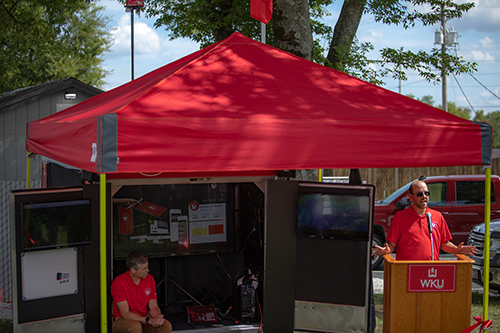 WKU’s meteorology program is taking its forecasting skills on location and helping with emergency management in the process. WKU's Amy Bingham has more on the White Squirrel Weather mobile classroom in the View from the Hill.

The WKU Forensics Team reached the final round in Lincoln-Douglas Debate at the virtual Central Missouri University “Missouri Mule” Oct. 16-17.

“I wanted to choose the school that was going to give me the highest value education,” Cook said. “On my first visit, I decided that this was where I wanted to go. I ended up not applying anywhere else. I thought, ‘this is it – this is where I’m going.’”