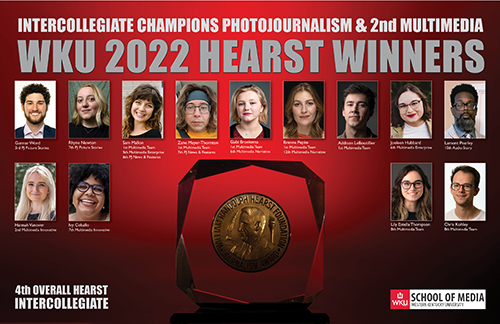 WKU has finished in the top five nationally for 13 consecutive years and has placed in the top eight for 29 straight years with four overall championships in 2000, 2001, 2005 and 2018.

Funded and administered for 62 years by the William Randolph Hearst Foundation, the Hearst Journalism Awards Program offers up to $700,000 in scholarships, grants and stipends annually; 103 colleges and universities with accredited undergraduate journalism schools are eligible to participate.