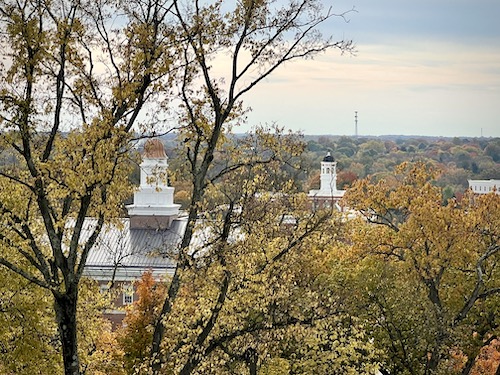 For the 12th consecutive year, Western Kentucky University has been recognized as one of the nation's most environmentally responsible colleges, according to The Princeton Review®.

WKU is among 420 schools profiled in The Princeton Review Guide to Green Colleges: 2022 Edition. The Princeton Review chose the schools based on a survey of 835 colleges in 2020-21 about their institutions’ commitments to the environment and sustainability. Key factors in the ratings include whether students have a quality of life on campus that is both healthy and sustainable, how well a school is preparing students for employment in an increasingly green economy and how environmentally responsible a school’s policies are.

“It is an honor to be recognized for our sustainability efforts,” said Dr. Leslie North, Director of Sustainability. “We strive to incorporate the pillars of sustainability into every aspect of life on the Hill. Our continued inclusion in The Princeton Review Guide to Green Colleges marks the success of our efforts and continues to drive us to do more.”

In 2020, WKU maintained a STARS Silver rating in recognition of its sustainability achievements from the Association for the Advancement of Sustainability in Higher Education (AASHE) and Ogden College Hall became the first educational laboratory in the United States to achieve WELL v2 Gold Certification by the International WELL Building Institute.

In recent years, WKU has earned national recognition and certifications as part of Tree Campus USA, U.S. Department of Education Green Ribbon Schools and more. In 2019, WKU was recognized internationally as the 284th World's Most Sustainable University in the University of Indonesia Green Metric World University Rankings.

Featured Articles
For White Squirrel Weather, tornadoes are 'the kind of thing we have been training for'