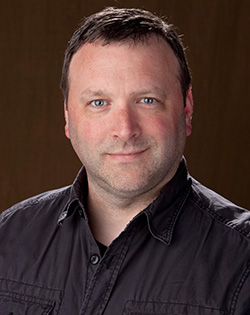 Tim Broekema is a busy man. So busy that he didn’t even have the time to write his own damned biography. He had a ghostwriter do it. Tim is a very powerful man if he can command ghosts.

As a tenured professor of Photojournalism at Western Kentucky University and 2016 recipient of the Robin F. Garland Educator Award by the National Press Photographer’s Association, Tim has helped shove hundreds of students out into the real world of photojournalism and they still love him dearly. His students have won truckloads of individual top Hearst honors, NPPA, CPOY and POYi awards and accolades for their work. Since 2000, he and his colleagues have lead their students to 13 Intercollegiate National Photojournalism Championships in the Hearst Competition and they have won the Multimedia Intercollegiate National Championships every year since 2012, the first year of the contest. His students have landed jobs at various alphabet-laden organizations like CNN, MSNBC, TIME, the LA Times and the other Times on the right coast as well as places in the middle. Tim has taught them well.

Apart from being the type of teacher other teachers strive to be (note from ghost writer: that will be an extra 20 bucks), Tim has a long and successful career as a visual journalist. He originally attended WKU himself back in the Stone Age. He worked first as a photog, then an editor at the Louisville Courier-Journal, The Providence Journal, The Kalamazoo Gazette, The Chicago Tribune and Pravda (just seeing if you’re paying attention).

He is generally the consummate professional except for the time he tripped over a video camera crane while filming a room full of journalists. If he breaks out a dolly, hoist or boom, take my advice and run for the exits (or set your cameras on AUTO and wait for the hilarity to ensue.)

Tim is one of the movers and shakers behind the storied Mountain Workshops held every year in small Kentucky towns. And if you can believe it, he is the Creative Director for the University of Kentucky hospital’s 100-foot multimedia installation located in the lobby of the hospital’s ICU and Acute care wing. He may someday actually perform routine gall bladder removals.

Did we mention his 2011 participation with SHOWTIME / CBS that won an Emmy for best sports documentary, his 1988 team Pulitzer with the Courier-Journal, his National Press Photographer’s Association Best Of Pictures award-winning Obama’s first inauguration coverage, his 10 Pictures Of the Year International “thingys” including Sports Photographer of the Year in newspaper and magazine in 1994, a two-time Telly Award winner in 2016 and 2018 for online video direct marketing, a Governor’s Award in the Arts in 2017 from the Commonwealth of Kentucky as part of his involvement with the Mountain Workshops and some crazy honor from The Daughters of the American Revolution? He was a member of the Chicago Tribune design team in 1994 when The Society of News Design recognized the newspaper as the “Best Designed Newspaper in the World.” He even won something called the Talisman Award which, quite frankly, sounds a bit frightening so don’t mess with him; sit quietly in your seats and don’t make any sudden movements.

So like the old saying goes, if ain’t Broekema, don’t fixema, (note from ghost writer: I’ll give you back those 20 bucks).