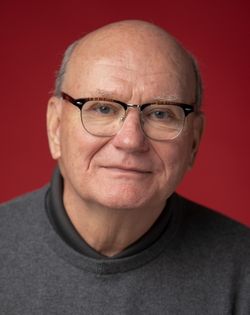 Professor Gordon D. “Mac” McKerral has served as Journalism Major coordinator in the School of Journalism & Broadcasting at Western Kentucky University since 2005.

He has been a journalist and journalism educator since 1980 and has worked as a reporter, city editor, managing editor and editor at newspapers in Illinois, Florida, Indiana and New York.

He earned tenure and promotion to full professor at WKU through his continued professional journalism work including reporting, photography and editing. He continues to work as a reporter, editor and photojournalist as a freelancer.

From 1988-1998, McKerral taught in the Hall School of Journalism at Troy State University, where he was tenured at the rank of associate professor. He received the TSU Ingall’s Award for Excellence in Classroom Teaching.

McKerral is the 2005 recipient of the Society of Professional Journalists’ Wells Key, SPJ’s highest honor, and a 1998 recipient of SPJ's National First Amendment Award as a member of the SPJ Campus Courts Task Force, which he chaired from 1994-1996. He twice received the Florida Press Association’s highest honor, the Joseph Roosenraad Award in 2001 and 2002 for writing in defense of the First Amendment.

He has been a member of SPJ, the largest professional journalism organization in the U.S., since 1989. He served as campus adviser at-large on the SPJ national board of directors for two years, two terms as vice president of Campus Chapter Affairs and served as secretary-treasurer, president-elect, president and immediate past president of SPJ's national board. He is in his fourth consecutive term on the Sigma Delta Chi Foundation board of directors, SPJ’s supporting foundation. McKerral served as adviser to the WKU chapter of SPJ for 12 years.