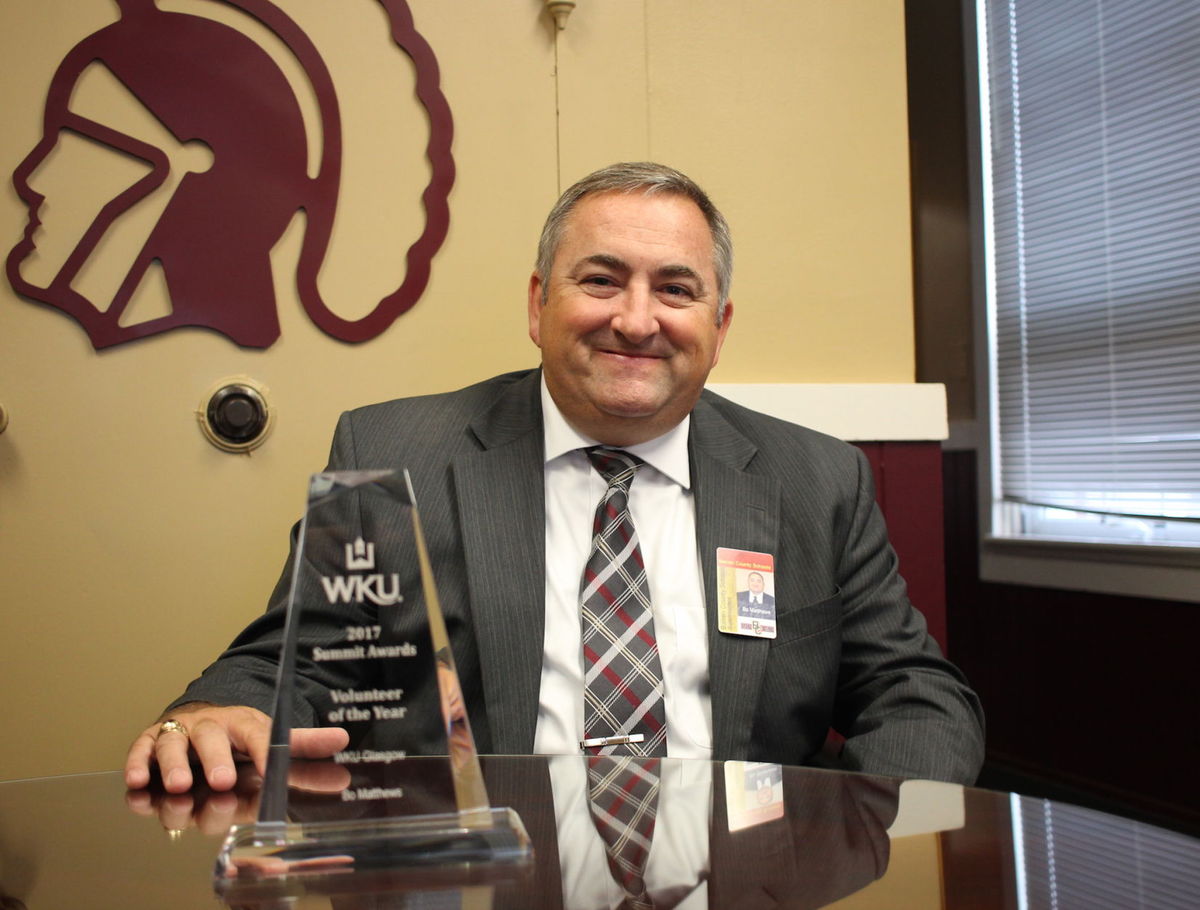 Thursday evening, Matthews traveled to Western Kentucky University's main campus in Bowling Green, where he was honored as WKU Glasgow's Volunteer of the Year.

“Obviously, I'm very honored,” Matthews said. “God gave me to my parents and then I've been blessed by having quality people throughout my career in place in my path.

“I certainly respect and appreciate my friends and colleagues and anything that I get to enjoy and celebrate. It's all been because of the great people that I've been blessed with.”

Cortni Crews, BCS assistant superintendent, said she was “not at all surprised” that Matthews won this award because he is a “servant leader.”

CheyAnne Fant, BCS director of Nutrition Services and 21st Century Learning, agreed with Crews about Matthews being a servant leader.

“And he may be mopping the floor,” Fant said.

Matthews also volunteers at the local soup kitchen, Fant said, “and he makes an effort to make sure everybody is taken care of.

“He's so humble about the things that he does. He doesn't want recognition for anything, and deflects it to the people around him.”

When asked about driving the school bus, Matthews said it is “always fun to be with students.”

“I have fun driving the bus,” he said. “When you get into administration, you kind of distance yourself in some ways from the day-to-day interaction in the classroom and the relationship building that teachers get to have.

“So yesterday was also special in that I got to do that with some of our seniors.”

Crews said that Matthews driving the school bus is an example of “what makes a leader great.”

“He's willing to jump in,” Crews said. “Do whatever needs to be done for kids and to improve things and make their day better.” 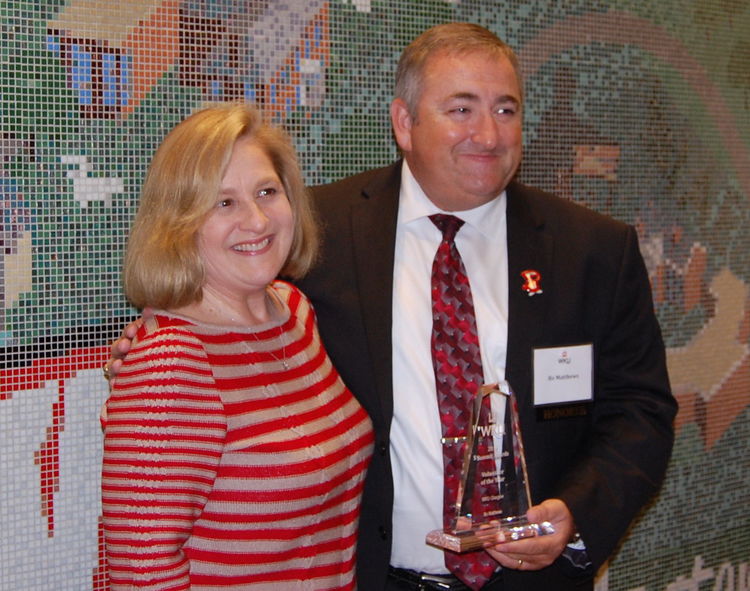 Matthews said he wanted to thank WKU Glasgow Regional Chancellor Sally Ray, who nominated him for the award, and WKU Glasgow Regional Vice Chancellor Bill Walter “for their partnership” and for “helping our students and our community have a close-knit relationship with WKU.” He added that he looks forward to working with WKU's new president, Timothy C. Caboni.

“I believe it's very important for young people to have opportunities to go on and further their education,” Matthews said. “And Western Kentucky University has afforded me great opportunities throughout my career, and I certainly support that institution and other opportunities that are available in the commonwealth.

“We currently hold the title of being the second-largest providing high school of new students to WKU. We're very proud of that, but as in everything we try to do, we want to try to continue to raise our bar.”