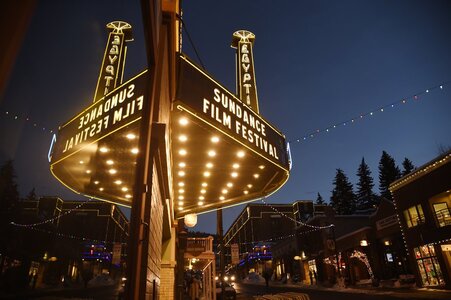 After a two-year hiatus due to Covid-19, the Sundance Film Festival is finally debuting the latest in cinematic creations once more. The theaters will be packed with moviegoers eager to view the latest that the world of film has to offer. And WKU students have a chance to be a part of that crowd through a Study Away program offered during the winter term.

The program, led by Dr. Hall and Dr. Hovet, is open to any WKU student, but it is especially of interest to those studying English, Film Studies, Gender and Women’s Studies, and Pop Culture Studies. Aside from credit in these disciplines, the course can also be taken for credit in Honors and MA in English. Spanning from Jan. 19 through Jan. 26, 2022, following a two-week online course on the history of American independent film, the festival provides attending students with an experience they will never forget.

Located in Park City, Utah, Sundance, along with a second festival titled Slamdance, have been the first stop for hundreds of new films and their accompanying celebrities since the festival first began in 1978. The broad range of options offered at the festival makes it ideal for any student, even if they aren’t majoring in Film.

“There are hundreds of films, and they all touch on different topics. So, no matter what you’re majoring in [or] minoring in, you’re probably going to find a film that speaks to what you’re studying or what you’re interested in,” Dr. Hall said.

Not only do students have a chance to view the films before anyone else in the world, but they also have a chance to learn from celebrities and film professionals directly. The festival offers free workshops over various topics and panels with the cast and crew of many films after screenings.

“Sundance is also noted for its commitment to diverse voices and to issues of equity and inclusion. Past students have loved the films but have been surprised at how many other events there are, including free workshops and panels. I'm especially excited to see what changes Sundance will bring to its festival in 2022 when it will have in-person events for the first time in two years. I'm sure that we will learn a lot about the future of this festival but also about the future of film and creative work in general,” Dr. Hovet stated.

Bailey Cooke graduated from WKU in 2021 with her bachelor’s degree after majoring in English Literature and double minoring in Photojournalism and Gender and Women’s Studies. In 2020, she attended the Sundance Film Festival, and as an English major, she had to utilize her skills in new ways.

“Sundance really gave me the opportunity to think outside of my normal academic mindset. When you’re an English major you’re always looking for sources, you’re doing MLA citations, and I mean those things were expected of me on this trip, but it was translating my analyzing skills and my writing skills to something visual,” Cooke stated.

But that isn’t the only memory that stands out to Cooke, as she experienced one of the other highlights that the festival has to offer: celebrities. One day, while attempting to make it to her next screening on time, Cooke and her friend ran into a security detail on the street. Although, her friend seemed to be a bit more observant than she was.

While students gain plenty of memories like this throughout the eight-day trip, they also develop several skills along the way. After all, from the planning stage where students pick what films they want to see, to the actual festival where students are responsible for finding their theaters and choosing where they want to go and eat, the entire trip is mostly designed by the student themselves.

Dr. Hall noted that most students develop major skills such as better critical thinking, time management, and prioritization, “They grow so much in eight days. And they’re so confident. It’s really fun to see them grow that fast as a person and as a student.”

For Cooke, some of the most valuable lessons she gained were from the people around her, as she stated, “I think I took one film class with [Dr.] Hovet so I was by no means a Film major or a Film expert, but just being there and even talking to people like from an English background…they would talk back to me as a film person, and you could take in this knowledge while also exchanging your knowledge.”

Almost every single person in Cooke’s group experienced this expansion of knowledge and personal character. But if asked what stands out to them, their remarkable encounters may be the first thing that comes to mind. As Cooke’s group also ran into several other celebrities on the trip such as Zach Woods and Anne Hathaway, with whom one student got to interact with personally at her film screening.

“She ended up being at the screening. She ended up talking and answering questions afterwards and he got to ask her a question and she answered him and called him by his name,” Cooke stated.

Applications for the 2022 Sundance Film Festival trip are due Oct. 10. Any student interested in going is encouraged to act fast, as space and financial aid may be limited.

“Sundance is unlike any other Study Abroad/Study Away trip you could take first and foremost,” Cooke stated, “It was one of the best opportunities that WKU offered me.”

Dr. Hovet echoed Cooke’s experience and encouraged any creative thinker to join the trip, stating, “The Sundance Study Away program offers students a chance to interact with creative artists and industry professionals in a festival setting. Anyone interested in creative work (writing, art, film, etc.) will benefit from the trip.”

The application and further program information can be found here.