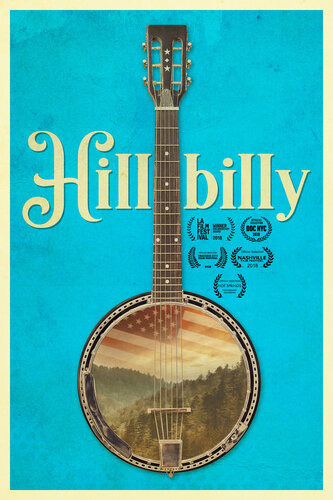 Producer Ashley York graced the auditorium of Jody Richards Hall on Tuesday, Sept. 21, for a special screening of her acclaimed 2016 documentary; winning over the attending audience just as it did critics.

The documentary, Hillbilly, was in part written, directed, and produced by York and explores the Appalachian region and the associated stereotype of the hillbilly. York’s film is an examination of the true living conditions and identity of the people of Appalachia, in a way that the LA Times called “an effective rebuttal to media stereotyping”.

For York, this film took on a special meaning as the Los Angeles-based producer is herself an Eastern Kentucky native. She experienced the effects of this stereotype early on as professors and students in her journalism classes at the University of Kentucky would often instruct her to speak “right,” meaning without her accent. But this criticism didn’t make York resent her home, it rather left her with a desire to portray the people in her life in an accurate light.

“I love where I’m from and I love that these films have given me the opportunity to reconnect with my home in a new way and I continue to learn about the place that I’m from. So, if you ever have an opportunity to work in your hometown, if you have challenging feelings about it, I encourage you to take the opportunity to abandon that and explore that, try to heal that, and I think media and art can be a really great way to do that,” York told WKU students during a Q and A panel after the screening.

In York’s exploration, she visits her family still living in the region and speaks to prominent professors, historians, and acclaimed author Silas House. However, the most famous “celebrity” to come from the film may be York’s own grandmother, Granny Shelby. Her bold personality is featured prominently in the film, leaving her, according to York, constantly getting recognized by fans at screenings.

The film’s multiple examinations of identity in Appalachia, including “Affrilachian” identity, queer identity, and the hillbilly identity, helped the film to win multiple awards, including LA Film Festival’s Documentary of the Year. More information about the film, including where it can be streamed, can be found on its website, hillbillymovie.com.

If you missed this screening and Q and A, there’s still a chance to make it to another before the semester is over. On Oct. 7, the Gender and Women’s Studies Department will be presenting the film Sisters with Transistors in Cherry Hall 125 at 4 p.m., followed by a Q and A with Dr. Sophie Benn.