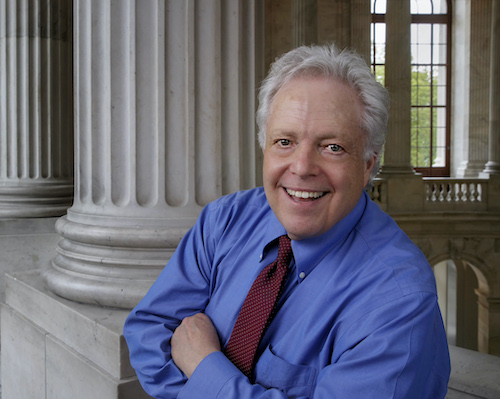 Applewhite, a Pulitzer Prize-winning senior photojournalist with The Associated Press, is one of five recipients who will be honored by the Reporters Committee for Freedom of the Press. Each year, the Reporters Committee recognizes the accomplishments of leaders in the news media and legal fields whose work embodies the values of the First Amendment through its prestigious Freedom of the Press Awards.

Applewhite, a longtime RCFP Steering Committee member, is a two-time Pulitzer-Prize winning photojournalist whose 40-year career with The Associated Press has taken him from the halls of Congress and the White House to presidential campaigns and foreign wars. The images he captured from inside House chambers as rioters stormed the U.S. Capitol on Jan. 6 helped tell the story of one of the most historic moments in our nation’s recent history.

Applewhite’s photographs from the 1992 presidential campaigns helped the AP earn a Pulitzer Prize for Feature Photography in 1993. That same year, his coverage of the Somalia tragedy merited the Pulitzer Honored Finalist citation. In 1999, he was honored with his second Pulitzer Prize in Feature Photography for his poignant images that documented President Clinton’s impeachment crisis.

Before joining the AP, Applewhite worked for the Palm Beach Post and Miami Herald in Florida, the Louisville Courier Journal and The Gleaner in Henderson.

Applewhite’s passion for news was sparked as a journalism student at Western Kentucky University where he received the 2011 Award for Outstanding Contributions to Journalism. WKU had no formal photojournalism program in the early 1970s, but with mentoring and inspiration from friends at the College Heights Herald, he quickly learned the skills to become a features photographer for the newspaper and yearbook.

The 2021 Freedom of the Press Awards and Reporters Committee 50th anniversary celebration will be held virtually on Sept. 28.