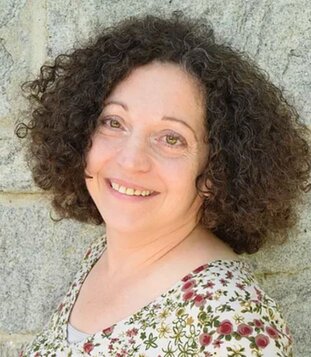 On Wednesday, February 24th, the WKU Department of English hosted the semester’s first event in the Visitng Writers series. Around 15 students and faculty members joined the Zoom meeting to listen to Christine Ristaino read excerpts from her memoir All the Silent Spaces. After the reading, participants asked Ristaino questions and discussed the book.

Christine Ristaino is an Italian language professor at Emory University. In 2007, she was brutally attacked in a parking lot while her two young children watched. She began writing All the Silent Spaces shortly after to navigate her thoughts on the event, and she continued to add and expand ideas. Ristaino published the memoir in July 2019.

Ristaino read excerpts from several chapters throughout the book. The memoir is both the story of the attack and her healing process as well as a reflection on how her thoughts developed while writing the book. Originally, the work began as an exploration of race because people often asked her if the attacker was Black. Ristaino sent her essays on race to a Freedom Writers teacher and their students to receive feedback on the discussion. The feedback changed the course of the memoir as several students said Ristaino should view the attack with a more personal perspective.

Ristaino expanded her emotional journey in the memoir, and through the process, she realized an important effect of the attack. The attack triggered her trauma with past violence that she never took the time to heal from. Ristaino knew she could not disconnect the discussion of the 2007 attack from her feelings on the past trauma, and she began to work through those in the memoir, too. Accepting these issues was difficult for Ristaino, but she believed it necessary to help other people dealing with similar circumstances.

“It is my hope that the book will become a place for difficult conversations,” Ristaino said. Writing All the Silent Spaces inspired Ristaino to speak publicly on healing through trauma and advocating for social justice, which led her to give a speech to 6,000 people at the Roanoke Women's March.

Two WKU photojournalism students finished in the top 10 of the third multimedia competition of the 2020-2021 Hearst Journalism Awards Program.