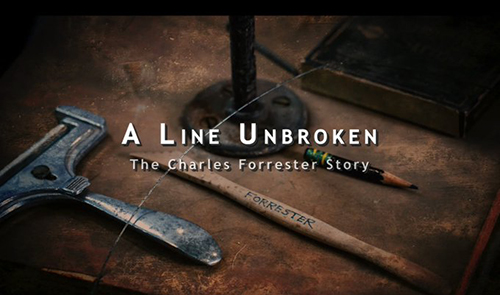 A Line Unbroken: The Charles Forrester Story, an award-winning documentary film about the work and life of the prolific sculptor and longtime WKU professor, will premiere on WKU PBS at 7 p.m. Thursday.

The film won Best Inspirational Film award at the Top Shorts Film Festival and will air statewide in December on KET. In addition, the film has been selected for Louisville’s International Festival of Films scheduled for Nov. 5-7.

A companion art book, A Mind in Motion: The Art of Charles H. Forrester, is available now at most online booksellers. As a teacher for 30 years in England and Kentucky, with roots in New York and the Pacific Northwest, Forrester’s work directly impacted generations of sculptors and artists. Forrester maintained a studio in East Nashville for the last 12 years of his life. With insight from art historians and contemporary artists, the film and art book explore his compelling life story and six decades of artwork.

Additional information can be found at www.charlesforrester.com.

The 13th annual John Lyne Speech Contest, hosted by WKU’s Department of Communication, was back in-person this semester after two years of online competition due to the COVID-19 pandemic.

Kentucky Museum to launch Museum for All Fund

To continue their free admission program, the Kentucky Museum will launch a crowdfunding campaign on May 18.