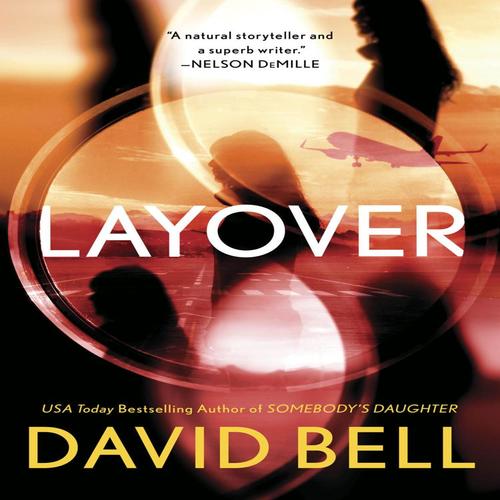 Article by Wes Sweitek, with the Bowling Green Daily news. Read the article on their website at http://bit.ly/2XlvQcd, or continue reading below.

Every novel starts with an idea.

For Bowling Green’s David Bell, the idea for his 11th novel stems from an experience at Nashville International Airport.

He was at “one of those anonymous bars” in the concourse waiting for a flight when he spotted a couple “having an intimate conversation,” Bell said. “I assumed they were married.”

Eventually, the woman got up, kissed the man passionately and left. The man then told the bartender he had just met the woman that day at the airport.

The result is “Layover,” published by Penguin Books and being released Tuesday with a special launch event from 6 to 8 p.m. that night at the Warren County Public Library’s Bob Kirby Branch, 175 Iron Skillet Court. Penguin Books offers the following synopsis of the novel: “A chance meeting with a woman in an airport sends a man on a pulse-pounding quest for the truth.

Joshua Fields takes the same flight every week for work, his life is a series of departures and arrivals, hotels and airports. During yet another layover, he meets Morgan, a beautiful stranger with whom he feels an immediate connection. When it’s time for their respective flights, Morgan kisses Joshua passionately, lamenting that they’ll never see each other again.

As soon as Morgan disappears in the crowd, Joshua is shocked to see her face on a nearby TV. The reason: Morgan is a missing person.”

The book has received positive reviews, with Publishers Weekly calling it a “fast-paced thriller … Bell keeps the reader guessing whodunit until the end. Fans of romantic sentimental thrillers will find a lot to like.”

Bell said “Layover” has “a really great hook in the beginning,” with most people being able to relate to a chance meeting and captivating conversation with someone, “and then you never see this person again.”

Next week will be a milestone one for Bell, a Cincinnati native. Not only is “Layover” being released, he is being promoted to full English professor at Western Kentucky University.

Bell has been an associate professor at WKU, as well as director of the university’s MFA program.

He will also be embarking on a national tour to promote the book, with the first stop being Tuesday’s event at the library.

Bell has always launched his books locally and has donated book sale proceeds from the events to local charities. Tuesday’s recipient will be Hope Harbor, a sexual trauma recovery center in Bowling Green.

Bell said that while the touring can be tiring, it gives him an opportunity to make valuable connections to his readers.

“Writing is a thing you do alone. When I go to a book signing, I see there are people on the other end,” he said.

– Free tickets for Bell’s library appearance are available at warrenpl.org.