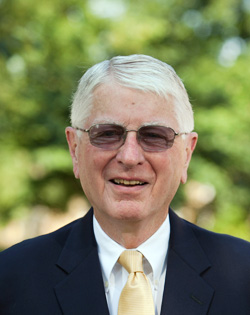 WKU’s Department of Communication is introducing The Carl L. and Mary Anne Kell Distinguished Lecture Series in Communication on Tuesday, February 27th at 6:00 p.m. in the Grise Hall auditorium (GH 235). The annual series seeks to bring national and international lecturers to campus to promote a broader understanding of communication in society. Open to the public, the series will include a speaker from each of the five communication degrees offered at WKU: Advertising, Communication Studies, Corporate & Organizational Communication, and Public Relations.

The first speaker of the lecture series will be Dr. Michael L. Butterworth from the University of Texas at Austin. Dr. Butterworth is the Director of the Center for Sports Communication and Media, a Professor in the Department of Communication Studies, and the Chair of Communication and Sport Division for the National Communication Association. His area of expertise involves sport, democracy, and communication with specific focus on national identity, militarism, and public memory. He is the author of Baseball and Rhetorics of Purity: The National Pastime and American Identity during the War on Terror and co-author (with Andrew Billings and Paul Turman) of Communication and Sport: Surveying the Field. Some of his past lecture titles are “George W. Bush as ‘The Man in the Arena’: Baseball, Public Memory, and the Rhetorical Redemption of a President,” “Reframing Public Memory in the Arena: Sport, the 10th Anniversary of 9/11, and the Illusion of Democracy,” and “Militarism and Memorializing at the Pro Football Hall of Fame.”