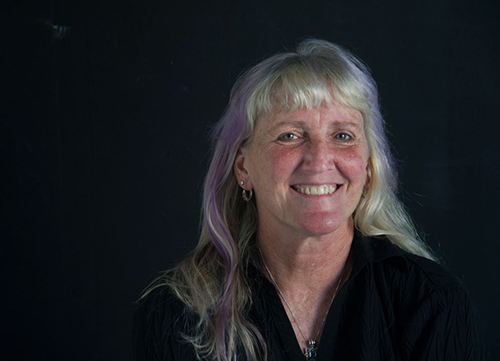 Four-time Pulitzer Prize-winning photojournalist Carol Guzy is the latest recipient of the prestigious Fleischaker/Greene Award for Courageous International Reporting. Guzy is the fifth journalist to receive the award from the Western Kentucky University School of Media.

Guzy’s career as a photographer spans more than 40 years, from a staff member at the Miami Herald, to The Washington Post and currently as a contract photographer for Zuma Press. Her current work is documenting the war in Ukraine.

In 2008, Louisville attorneys Jon Fleischaker and Kim Greene created the Fleischaker/Greene Fund for Excellence in First Amendment Issues at Western Kentucky University. The award recognizes a journalist who often reports under dangerous circumstances to protect freedom of speech and lead efforts to better understand populations that are underreported. The Fund also supports WKU’s Fleischaker/Greene Scholars Program, which gives top students in the School of Media the opportunity to take an advanced special topics class and brings nationally recognized speakers in journalism and First Amendment issues to the WKU campus.

The award was postponed in 2020 and 2021 due to the COVID pandemic. Past award recipients include Lineth Bedoya Lima in 2016 from Colombia, Lotfullah Najafizada in 2017 from Afghanistan, Marcela Turati in 2018 from Mexico and Jessikka Aro in 2019 from Finland.

The WKU School of Media will host the 2022 award ceremony at 4 p.m. Nov. 14 in the Gary Ransdell Hall Auditorium. Guzy will accept the award via Zoom from Ukraine where she continues to report for Zuma Press.

Guzy’s work looks at the world from her unflinching eye. From Haiti to Hurricane Katrina to her current work in Ukraine, Guzy brings a better understanding of the human condition.

“When I'm photographing, I think like any rescue worker who deals with tragedy,” said Guzy. “You have to have some protective barrier around your heart so you can do your job. You tend to have a delayed reaction to things. I feel things more deeply after I put the camera down.”

For more information about the award ceremony, contact Jeanie Adams-Smith, Professor of Photojournalism, at 270-745-4144 or jeanie.adams-smith@wku.edu

The Kentucky Museum will host Christmas in Kentucky on Saturday, December 3 from 11am to 2pm, sponsored by Atmos Energy and ServiceOne Credit Union.