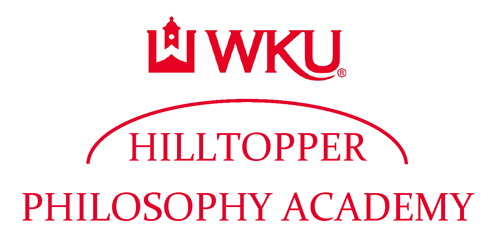 From 8 AM to 12 PM each day, students attended lectures and discussed various philosophical topics including relativism, logic, the distinction between lying and misleading, and Philippa Foot’s famous Trolly Problems.

“The best part of the summer camp is experiencing high school students doing philosophy rigorously, critically, and thoughtfully,” says Dr. Elkind. “Many campers have never before had a chance to do philosophy either in a classroom or with their peers.”

On the last day of the camp, students gave presentations to highlight what they learned. Parents and guardians were encouraged to attend and took active part in the post-presentation discussions.

“Despite being relative newcomers to philosophy, this group mapped out positions and arguments in the scholarly literature mostly with just help and prompting from each other,” says Dr. Elkind. “It is a joy for any teacher to see, in real time, students discovering positions and arguments that you have spent over a decade studying.”

Each participant also received a free t-shirt for attending the camp.

This was the first year of WKU’s pre-college philosophy summer camp. Dr. Elkind hopes to see new and returning students in attendance next year. Details about that program will be announced at the Hilltopper Philosophy Academy webpage: https://orgs.wku.edu/philtoppers/.

For more information about the Philosophy program at WKU, please visit https://www.wku.edu/political-science/philosophymajor.php.

Four-time Pulitzer Prize-winning photojournalist Carol Guzy is the latest recipient of the prestigious Fleischaker/Greene Award for Courageous International Reporting from the WKU School of Media.

This past weekend we welcomed thousands of important members of our Hilltopper Family to the Hill for Parent and Family Weekend.